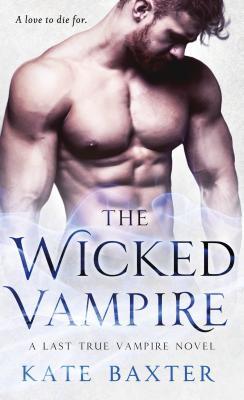 
He was one of the most feared creatures in the supernatural world, and yet, she was drawn to him unlike any other. His scent ignited her thirst. The sight of him drove her mad with want...

Lovers forever--or enemies to the death?

Sasha Ivanov was born to be wild. A vampire party girl, she stalks the L.A. clubs at night. Dancing. Drinking. Indulging her darkest appetites. Never sated, she's always looking for more: more danger, more excitement, more blood. But when she enters a supernatural fight club--and is tethered to her mortal enemy--Sasha realizes she's playing the most dangerous game of all...

Ewan Brun was born to kill vampires. A powerful berserker and unbeaten champion, he doesn't need a weapon to be deadly. He is the weapon. But when his soul becomes captive to the most beautiful vampire he's ever seen, he is all but powerless. He cannot resist Sasha--and cannot fight his desires. Is their love strong enough to defeat the gathering forces of darkness that threatens to destroy them both?

The Wicked Vampire by Kate Baxter

Wild child vampire, Sasha, goes to an extreme supernatural fight club only to find, Ewan, her sworn enemy, and her mate. The chemistry fries as hot as lighting and might just destroy them both. Because The Wicked Vampire is a modern day, paranormal, Romeo and Juliet. Two opposing faction, sworn enemies, a vampire and a berserker, are destined to be mated for life. Can they overcome their paranormal family and survive? What will they have to lose to keep this bond that can’t be denied?

This is my first read in the Last True Vampire series, but it won’t be my last. The Wicked Vampire could be read as a stand-alone but I will be back reading this series. Finding a new series that engages, entertains and submerges you in its fictional world, its worth a prized place on your shelf, and judging this series by The Wicked Vampire this is just that kind of series.