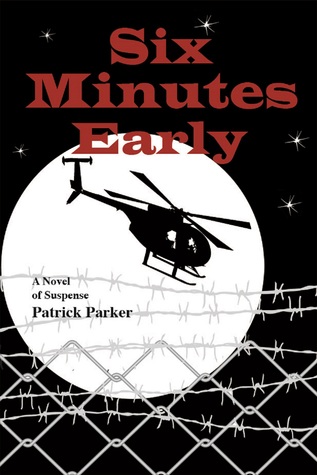 Max Kenworth, a former Delta Force officer and nuclear weapons expert, is tasked with stopping a major attack on US soil in this thrilling adventure.

FARC (Revolutionary Armed Forces of Colombia) has stolen a cache of man-portable nuclear devices from a secure American facility in Panama. The weapons end up in the hands of ex-special forces officer Bart Madison. With the help of ISIS, drug cartels, and a US senator, Bart is planning to use the devices to create an atrocity in the American heartland.

Max is briefed on the situation by SOCOM (Special Operations Command) and teams up with FBI agent Gail Summers and Mossad agent Danya Mayer to find the weapons before they can be used against American citizens. The three will face opposition from both foreign enemies and so-called allies as they follow Bart’s trail across the continental United States. Their foe is intelligent and well connected, but the three of them are determined to stop this terrorist before more lives are lost.

Patrick Parker tackles today’s most important issues in this sociopolitical suspense novel. He uses Six Minutes Early to explore the tension between intelligence agencies, holes in national security, and threats from around the world.

If you have ever wondered what goes on in the world of dark ops, terrorist threats, threat assessment, or how are they thwarted, hang on tight, because Patrick Parker is about to take us on a high tension, rapid-paced, edge-of-your-seat ride with SIX MINUTES EARLY!

A former Green Beret has turned traitor to his country by stealing four miniature nuclear bombs for his new employer ISIS. The plan, learn what makes them tick and destroy vital American facilities, bringing the political giant to its economic knees, destroying any sense of security the U.S. may possess.

Called on to spearhead the hunt to find and stop the attack, Max Kenworth, former Delta Force officer and nuclear weapons expert will join with both FBI agent, Gail Summers and Mossad operative, Danya Mayer in a race against time as they piece together the elusive clues while staving off opposition from both enemy and allies, alike. The clock is ticking while governmental egos become rancorous roadblocks to saving the very soul of the United States.

Where will the bombs make the greatest impact? Is ISIS looking for instant gratification or the long term domino effect? As Max and his team prepare to defend the target of their collective gut instincts, they will lay their lives and the lives of the country on the line…and then they discover, for all the deadly power technology has learned to harness, one simple component could make all the difference between success and failure.

Patrick Parker not only details one of the contemporary world’s greatest nightmares coming to life, he does so with a bold and raw take on the often witnessed “governmental competition” to earn a “gold star” on their report. Gritty, raw and often frustratingly realistic, is it that easy for an intelligent and patient enemy to turn our last lines of protection into divas willing to prostitute themselves for a piece of the limelight? Heroes will rise, fall and remain unsung and Patrick Parker’s tale will chill your very bones with its stark and realistic atmosphere!

Discover intrigue, espionage, and what goes on behind the black curtain of security in this fabulous thriller that never lets up!