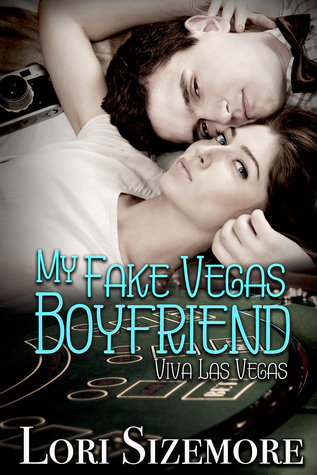 1958 Las Vegas.
She can ruin his career.
He can save her freedom.
What's a little blackmail between strangers?

Layla Rosas has been burned too many times—by her cheating ex, her narcissist mother, and now her father who’ll put her in an asylum, for good this time, if she can’t settle down and be a good girl. She needs a quality boyfriend—now—to convince her dad she’s back on the straight and narrow.

Jace Russell is good at his job: keeping the wealthy elite who visit his casino safe and happy. When a photographer snaps career-ending shots of a client, it’s Jace’s duty to do whatever it takes to stop those photos from hitting the press.

Layla didn’t intend to take compromising shots, but that doesn’t mean she won’t use them. When Jace realizes a few fake dates are all she wants in exchange for the negatives, he’s all in—with the added agenda of getting the crazy but beautiful woman between his sheets. But Layla refuses to gamble her heart on the toe-curling kisses of a fake boyfriend. It’s just a few dates. How hard can it be?

Your parents only want what best for you, right? For Layla Rosas, at least she knew her father has her back until he says she may need to be committed for her self-destructive behavior and “flightiness.” The answer in 1958 is to have a steady boyfriend, to look to settling down and raising a family, too bad Layla’s last attempt at trusting someone went up in the flames of deceit. A story she has never shared.

It was a chance photo Layla took that brings hotel security chief, Jace Russell knocking on her door to collect that photo and puts him in the perfect position for blackmail! Layla needs a presentable boyfriend, fast. Jace needs that negative and Layla devises the perfect plan to keep herself out of an asylum and Jace’s client’s secrets under wraps.

Ahhh, blackmail, who knew it would lead to so many secrets coming to light, so much deceit and a chance at finding real love for both Jace and Layla?

Lori Sizemore’s MY FAKE VEGAS BOYFRIEND is a tale of rolling the dice of chance and coming up a winner in the long run. Layla is a bit of a spitfire, but her life hasn’t been as easy as others would think. Jace never planned to get involved with Layla, but clearly Fate has other ideas.
Little lightness, a little darkness and a whole lot of entertaining reading showcases Lori Sizemore’s talent as an author to its best potential! Sometimes it isn’t what you know, but who you know and if they really care because good things can happen when you have the support you need.