The Demon Within by Josh Gagnier 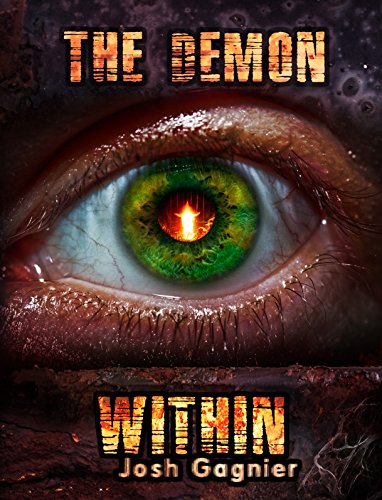 The Demon Within
by Josh Gagnier

Joe grew up listening to the voice in his head. It helped him through school, helped him gain wealth in his career.

The final temptation of power was too much. He hadn't considered the cost.

Now he must find a way to defeat The Demon Within.

Little does he know, his every move is being recorded. Every misstep is being judged. As he gets ever closer to winning over his demon, heavenly eyes watch from above. Some root for his success while others hope he'll fail.

While Joe fights his demon on the battlefront, the angel Michael fights for his Soul.

Will Joe win out? Will Michael be able to save Joe's soul?

Or will the Demon win and thrust Joe into the Abyss.

The Demon Within by Josh Gagnier 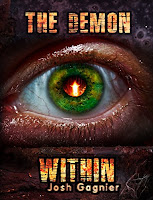 The concept of good versus evil isn’t as black and white as we like to think. Take Joe for instance, who had an inner voice that made him a success in life, but was it more than his own calculations, his own thoughts? Was it temptation luring him to go just one step too far or was it a demon vying for control? Are demons real and do they exist within us, along with our soul? Is the playing field level? Are they part of a spiritual “test’’ to determine our eternal fate? What if judgement day was a spiritual courtroom and our earthly body housed a soul to be tested by a demon and our actions were on trial, Perry Mason style?

THE DEMON WITHIN by Josh Gagnier is a fascinating tale of one man, being judged throughout his life as he faces life and its choices head on. Will he be tempted to go one step too far for his soul to be redeemed? As Joe lives his life, on another plane of existence, court is in session but not everyone will know the truth, the whole truth and nothing but the truth about Joe or the importance the verdict will carry.

Josh Gagnier has told a masterful tale that engages readers while doling out just enough information to allow us to think ahead, only to discover we “didn’t see that coming” or even suspect where we would be taken. Alternating between Joe’s life and those participating in his trial was a fascinating way to lay out the puzzle pieces that make up this tale!

Great characters, nothing is black and white and the suspense is killer! Great writing, great reading and certainly a standout for those looking for something colored just a little outside the lines of predictable reading.

I received a complimentary copy from Josh Gagnier!