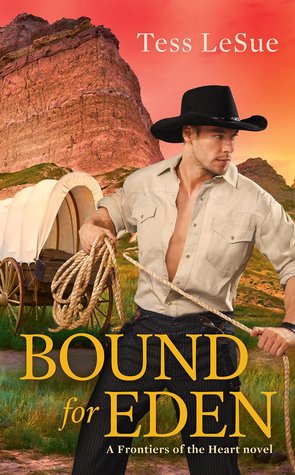 Bound for Eden
My Rating:

The first novel in a new western historical romance series that will take readers for the ride of their lives on the Oregon Trail.

Alexandra Barratt has found the perfect man—it's a shame he thinks she's a boy...

Fleeing from the murderous Grady brothers, Alexandra disguises herself as a boy and joins a frontier party heading West, with her brother and sister in tow. The wagon train is captained by the irresistible Luke Slater, who's never met a woman he couldn't charm.

At first, Alex can't believe the way every woman in town falls at Luke's feet, including her suddenly flirtatious sister. But when she sees him naked in the bathtub, she finds herself swooning over him too. If only she could wash the muck of her face and show him who she really is. Unfortunately she has more pressing concerns...

The Gradys aren't about to let Alex, nor the small fortune she stole from them, slip through their fingers. Only by maintaining her ruse does she have a chance of protecting her family. But fate, it seems, is conspiring against her. 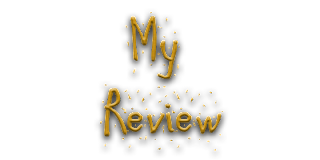 Bound for Eden by Tess LeSue

On the run from a family with power, Alex, her sister, and her brother with special needs take a perilous trip across country to find refuge with her step brother in Oregon. Since Alex is being hunted she hides herself in the disguise of a teen boy. The disguise works perfectly until she falls hard for their trail guide Luke.

Cute, fun and everything I wanted in western based historical romance.

I have to admit, the amount of time it took for Luke to figure out what was going on, well it went a little too long. But overall, it kept a pretty strong pace as they trekked across the country to escape the Grady's.

Alex's wit made the book for me, even tormenting an Indian...

Lots of humor, engaging and completely lovable characters, Bound for Eden was just what I was looking for in a book escape.

I received this ARC copy of Bound for Eden from Berkley Publishing Group. This is my honest and voluntary review. Bound For Eden is set for publication May 1, 2018.