Look for Me Under the Rainbow by Bernard Jan 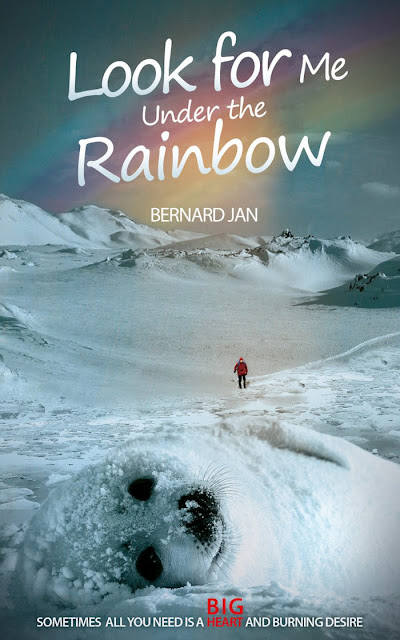 Look for Me Under the Rainbow
by Bernard Jan

The murder of seal pups, with their soft pelts and innocent eyes, has come to represent the greed and inhumanity of mankind. In this tale Jan writes of the victims, particularly of a harp seal pup named Danny and his family, and Helen and a small group of people gathered under the name of Rainbow Warriors dedicated to protecting them.

While Danny’s brother Jon is killed by a polar bear and Danny himself eventually finds his sad end in a trawl net, Helen, in spite of her unsuccessful effort to save Danny, represents the future of humanity. Acting in defense of those exploited for money, she questions man’s ability to change and rediscover the human bond with nature.

In Croatia the short novel Look For Me Under the Rainbow is listed in a program for elementary schools as a reading of choice for seventh graders.

Look for Me Under the Rainbow  by Bernard Jan

Every once in a while, an author comes along who wears their heart on their sleeve and pours it onto the pages of a book. If you haven’t read anything by Bernard Jan, you are missing an opportunity to feel his words to your very soul.

LOOK FOR ME UNDER THE RAINBOW begins as a sweet tale of innocence and love and wonder in the big world all around. Danny was born in an unforgiving environment, but for his kind, it was home, safe and filled with the awe of a young child learning at his mother’s side. It is the story of the love between two brothers and a dangerous quest to grow up and see the world too soon.

Danny is a seal pup, born when humans thought nothing of killing them for their pelts, but Danny and his brother, Jon, didn’t know that. They only knew of the wonder of the Great Seal above and the beautiful rainbow created just for each of them at the end of their life’s journey.

His only experience with humans was that of kindness. But when young Danny and Jon decide to see the world for themselves when it was time to migrate back to Greenland, they would encounter the carelessness of human destruction and the cruelty of human greed.

It would be the human that once met Danny who would become part of a new era for humans, and laws to protect creatures like Danny from mindless slaughter or pollution.

This is a story of love, life and humanity at both its worst and very best. Danny is an endearing voice for both seals and animals threatened everywhere in this bittersweet story that is ageless and for all readers.

I fell in love with Danny and his exuberance, not unlike that of a human child and I found myself lost in this warm tale turned nightmare turned call to action for the world. Please, do NOT let the phrase “translated from…” scare you off, the translation is masterfully done without losing any of the impact of Bernard Jan’s words. Although a short read, it is long on heart, and beautifully told with a message for all people of all ages.

I received a complimentary copy from Bernard Jan!