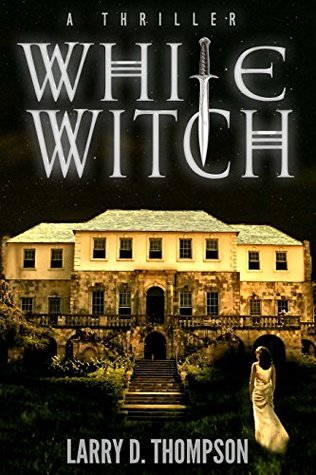 Jamaica is a place where the surreal is simply everyday reality. When a ruthless American aluminum company plans to strip mine the Jamaican rainforest, they send former Navy SEAL Will Taylor to Montego Bay to deal with local resistance on their behalf. But he’s unaware that the British had signed a treaty deeding the rainforest to the Jamaican Maroons, descendants of escaped slaves, over 300 years ago. The Maroons fought and died for their land then, and are more than willing to do so now, whether it’s the British or the Americans who threaten them this time around.

Upon Will’s arrival, a series of inexplicable murders begin, some carried out with deadly snake daggers that were owned and used by Annie Palmer, a voodoo priestess better known as the White Witch. She was killed 200 years prior, but is said to still haunt the island at night, and the local Jamaicans are certain she’s responsible for the gruesome murders, her form of retaliation against the new turmoil taking place in the rainforest.

And Will has been forced directly into the middle of it. After a few close calls, he’s finally convinced to leave his company and join forces with the Maroons, headed by Vertise Broderick, a Maroon who resigned from her position at the New York Times to return to Jamaica to stop the mining. Together they hire a Jamaican attorney to prove that the Maroon/British treaty is still valid to stop the mining, and they also take it upon themselves to solve the White Witch murders. Because the legend of the White Witch can’t possibly be true…

Don't forget to get your copy of White Witch from Amazon, Barnes & Noble & add it to your Goodreads List!!

The corporate greed machine attempts to strike again in the rain forests of Jamaica, attempting to steal away and destroy lands given to the indigenous people in a treaty signed centuries before. When Will Taylor is sent to “make nice” with the Maroon nation, a series of mysterious murders begin, at the hands of what appears to be a dead white witch, long thought to still haunt the lands.

WHITE WITCH by Larry D. Thompson is a journey into the unknown, the inexplicable and the beliefs of a country used to the unbelievable, the magical and the mystical. Is a voodoo priestess’ spirit still roaming the land? Can a brilliant and colorful attorney prove the Marron still own the land given to them so long ago or will the courts allow the rape of nature in the name of money?

Will Taylor may find himself on the wrong side of justice…and learning to believe in things he never thought possible.

A quick read that is entertaining and has just enough of the supernatural to keep readers turning the pages one after the other. Filled with strong characters that are sometimes as mysterious as they are colorful, this is a great way to pass a few hours in the beauty of Jamaica, discovering more about a culture steeped in magic.


I received a complimentary copy as part of a blog tour review.

After graduating from the University of Texas School of Law, Larry spent the first half of his professional life as a trial lawyer. He tried well over 300 cases and won more than 95% of them. Although he had not taken a writing class since freshman English (back when they wrote on stone tablets), he figured that he had read enough novels and knew enough about trials, lawyers, judges, and courtrooms that he could do it. Besides, his late, older brother, Thomas Thompson, was one of the best true crime writers to ever set a pen to paper; so, just maybe, there was something in the Thompson gene pool that would be guide him into this new career. He started writing his first novel about a dozen years ago and published it a couple of years thereafter. He has now written five highly acclaimed legal thrillers. White Witch is number six with many more to come.
Larry is married to his wife, Vicki. He has three children scattered from Colorado to Austin to Boca Raton, and four grandchildren. He has been trying to retire from the law practice to devote full time to writing. Hopefully, that will occur by the end of 2018. He still lives in Houston, but spends his summers in Vail CO, high on a mountain where he is inspired by the beauty of the Rocky Mountains.

Visit the other great hosts on this tour for more great reviews and giveaways!

This is a rafflecopter giveaway hosted by Partners in Crime Virtual Book Tours for Larry D Thompson. There will be 1 winner of one (1) $20 Amazon.com Gift card. The giveaway begins on March 5, 2018 and runs through May 6, 2018. Void where prohibited.