The Reluctant Bride by Sharon Kleve 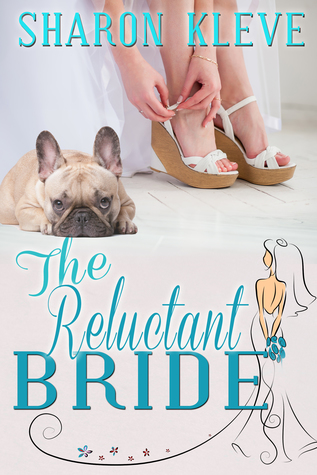 The Reluctant Bride
by Sharon Kleve

Penelope Moore’s last boyfriend had no qualms about cheating even after he professed his undying love. As a wedding event planner Penelope has seen plenty of happily-ever-after. But with her terrible luck in the relationship department, she is reluctant to believe it will ever happen to her.
Ferguson enjoyed the freedom of bachelorhood until he met his last girlfriend. He considered her the love of his life until she betrayed him. Without his consent, she used his professional experience and knowledge as a private investigator to write and publish a best-selling novel. Ferguson couldn’t forgive her underhanded deceit and ended their relationship.
When Ferguson meets Penelope he is once again willing to risk his heart, but Penelope isn’t as trusting. Just when he is beginning to win the beautiful event planner’s heart, his ex-girlfriend arrives in town and causes heartache all over again.
Can Penelope and Ferguson trust each other and their hearts enough to get their happily-ever-after?

The Reluctant Bride by Sharon Kleve

You can always count on Sharon Kleve for a short and sweet romance with a very happy ending! There is no high-stress angst, just two people finding someone special to make their lives complete.

Penelope may know the sting of betrayal, and she may be a little love-shy, but when Ferguson, (also betrayed by the woman he thought he would give up his merry bachelorhood for), pours on his simple, yet sincere charm, sparks are flying and tails are wagging! Will the wedding planner finally get her day to say I do?

Simple and sigh-worthy, this quick read from Sharon Klee is the perfect ray of loveshine to make readers smile. THE RELUCTANT BRIDE proves that there is someone for everyone, but sometimes you need to sort through the frogs before the real prince appears. A slice of wonderful with a fluffy frosting on top!

I received a complimentary copy from Sharon Kleve!