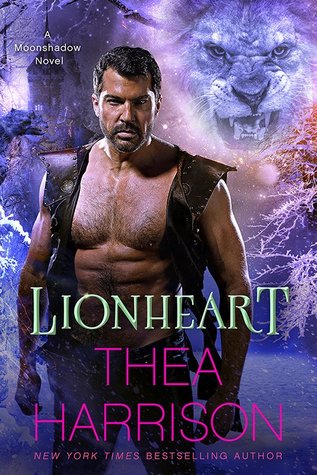 King Oberon reigned over his Dark Court in Lyonesse for centuries, until an assassination attempt laid him low. Now he lies unconscious in his snow-bound palace, while his Power battles the enchantment that threatens to end his life.

A skilled trauma surgeon and magic-user, Dr. Kathryn Shaw reigns at the top of her profession in New York. Then comes a challenge she can’t resist—she is asked to cure the uncureable. Just getting close enough to try healing Oberon is a dangerous proposition. When she does reach him, he awakens too soon.

Roused from darkness by Kathryn’s presence, Oberon confronts the beautiful stranger who claims she wants to save his life. But the enchantment has frozen his emotions. How can he learn to trust her when he can’t feel anything?

Oberon’s desire is icy, devoid of all tenderness. Not only must Kathryn match wits with him, she must also fight her reaction to his touch, because there is so much more at stake than her own endangered heart.

For the Dark Court faces its most deadly peril yet. Its ancient enemy Isabeau, Queen of the Light Court, is obsessed with its annihilation, and Oberon must be brought to remember his loyalty and affection for his people.

Because if he won’t fight for them, Lyonesse itself may very well be destroyed…

Fan girl squealing here! I didn't think there would be another uber male alpha in Harrison's writing that might keep Dragos from being my favorite, but Oh, boy, does King Oberon give him a run for that title. The instant I finished Lionheart, my mind started playing all these scenarios where Dragos and Oberon have to interact...Pure swooning Joy! Okay, enough fan-girling. Here is what I thought of Lionheart...

Lionheart was an amazing book-cation! Swept away to a world of fae politics, the beloved doctor, who always holds her own against Dragos, has finally met her match in ferocity, stubbornness and pretty much everything else...King Oberon of the dark fae court.

Oberon has been shot by a deadly dart, his only hope is a spell that will keep him in a cryo-type sleep until someone can figure out how to stop the spelled dart without killing him. Even in sleep, the spelled dart is effecting his magic, creating a unlivable and chaotic realm. Dr. Kathryn Shaw is brought in as a last hope to save Oberon.

Shaw can really hold her own. I mean we've seen her face off against Dragos so she was the perfect person for the job, the only problem is the Oberon his subjects loved was overtaken by the evil magic of Isabeau, Queen of the Light Court.

Intense chemistry, intense battling and 100% character connection! What more can a reader ask for in an urban fantasy novel?

I received this ARC copy of Lionheart from Teddy Harrison LLC. This is my honest and voluntary review. This book is set for publication for October 15, 2018.