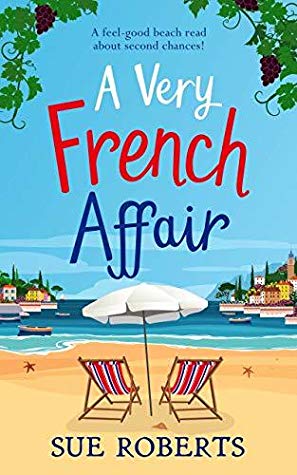 From Southport to the South of France – this is going to be a summer to remember!

Life just got a whole lot more complicated for thirty-eight-year-old single mum Liv. Her son Jake is practically perfect in every way, but he’s started asking some difficult questions, and the answers lie in a holiday romance twenty years ago. Back when Liv was staying with her aunt on the French Riviera…

Returning to the Cote d’Azur, with its white sandy beaches, her supportive aunt, and exquisite wine and cheese is harder than it sounds though. Because – if she’s going to give Jake the answers he needs – Liv knows she has to hunt down her first love Andre. And since she’s a professional baker rather than a professional investigator, she doesn’t even have a clue where to start.

At first, finding the one that got away proves even trickier than she thought. And if she succeeds, how will he take the bombshell secret Liv has been keeping? Liv has to do the best thing for her family, but does that mean closing the door on this very French affair?

Olivia is a thirty something, single mom, a baker/cake artist living in England. When her just turning adult son, Jack, expresses how much he resents not having his father, Olivia decides to travel back to her aunt’s bakery/home in France where she met Andre’. Andre’ was her summer fling, her first love and the father of her son who she lost touch with because he went traveling after Olivia returned home to England.

This book we leave you hungry and read to bake with the descriptive creations the characters are concotting. On the plus side, Sue Roberts shares the recipes if you are so included to hit the kitchens.