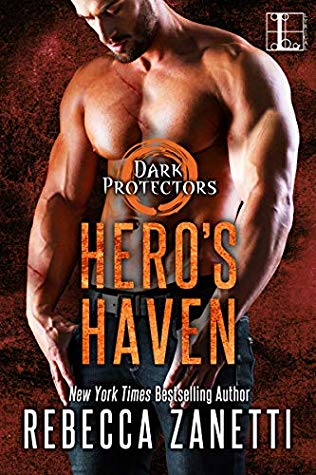 After years of struggling, Haven Daly has finally accepted that she’s nuttier than a fruitcake. Why else would she see visions of a beautiful but tormented male every night . . . and actually believe she can talk to him, even feel his touch? But thanks to those dream journeys, she can paint images nobody else on earth can duplicate. In each brush stroke, she captures the blatant masculinity and raw desire in his eyes that promise he’s coming for her…and soon.

She’s the light that keeps him going. . .

Quade Kayrs has already suffered a lifetime of pain and torture. Completely isolated, he kept his sanity thanks to one beautiful female, a vision with kind emerald eyes. In the end, her soft voice led him out of hell. Now, naked and alone, he’s in a strange world that bears little resemblance to the one he left behind. All he knows is Haven. All he wants is Haven. His final mission? To protect her from the evil hunting them both—whether she likes it or not . . .

Quade is a sexy, uber protective, alpha male. Stuck in an alternate world, for a crap ton of years, Quade has suffered a bleak and torturous existence. So, he is certainly due some happiness.

Haven has been having visions for years. Hiding from her crazy as heck adoptive parents, who want to cleanse her sinful soul, Haven has been on the run until she comes face to face with one of her impossible visions…Quade.

Rebecca Zanetti writes a great paranormal romance. The chemistry sizzles and the relationship build at a great, believable pace… And, Quade and Haven make a wonderful couple that you can’t help but get behind. There was an intensity between these two characters that just can’t be denied and with their pasts, you didn’t doubt they were meant for each other.

Eleven books in, and this series is still going strong!

I received this copy of Hero's Haven from Kensington Books - Lyrical Press. This is my honest and voluntary review.