A Switch In Time by Casi McLean & Eleanor LaRue A Switch In Time
The President Is Missing...
by Casi McLean
My rating: 5 stars 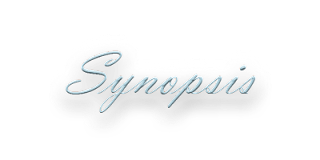 The President Is Missing…

A note from the author: My mother, Eleanor LaRue, initially wrote this manuscript in 1960 but never had it published...she left it to me when she passed away in 1995...**BEFORE** I began writing. I found the story when I moved a few years ago and felt compelled to bring her story to life. Over the last two years, I've updated, edited, tweaked, and added a time travel element for a contemporary spin. My mom lived decades before her time, but her message is as significant today as it was in 1960. Thank you for reading our novel!

In a country divided, where terrorists hijack peaceful protests and threaten the fabric of America's democracy, President Emery Clayton, III discovers a global power behind the insurrection. He escapes to the White House attic to plan a counterblow, steering clear of initiating World War III––and vanishes.

After years of studying to realize his dream, James Rucker’s future explodes when he’s falsely accused of cheating on his final exams. Vowing he’s had enough, he joins a civil rights movement. But his trip to connect with the anarchists stops cold when his flight is struck by lightning and plummets into the ocean.

Can one man's soul rip through time to a different era…survive a plane crash...and mitigate a broken man’s rage in time to save his own nation from total destruction? 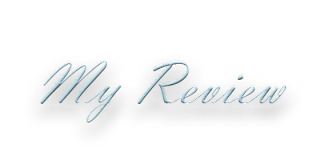 A Switch In Time by Casi McLean & Eleanor LaRue

Even before Casi McLean’s A SWITCH IN TIME begins, there is another story, the story of two authors, two generations and one dream, to create from the heart. Prepare to travel from “now to then” and back, following one of the world’s most powerful men as a moment of weakness and the need for solitude becomes a fantastical journey toward understanding, acceptance and love for one another. This story couldn’t come at a better time, when humanity is decisively divided on many social fronts. To think this tale was begun decades ago by the late, gifted author, Eleanor LaRue and finally finished and published by her daughter, Casi McLean is simply magical.

The President of the United States sought solitude in the White House attic, to contemplate how to avoid World War III. Touching a revered old desk’s insignia, he is transported back to the 1960’s, into the body and life of his grandfather and a deadly plane crash with only three survivors, himself, a colleague and a black man who had learned not to love or trust the white people in society.

Months stranded alone on an island, with only each other to depend on, two men of different races would learn that their perceptions of the color of one’s skin would change their lives forever. One would have his eyes opened to not judging a person for the color of their skin, consciously or not, the other would learn to turn his rage into something far more powerful, far more positive.

Can a man from the future bring back the lessons of the past? Can he use his position to truly help bring change to the “Me” society and save his nation? One thing he will learn is he cannot do it alone…

Timely, written from the heart, eye opening and so very moving, I can’t help but wonder if the division of the races could have been erased long ago if history had been taught in such a simple and personal way. Beautifully written, readers will feel as if they are there, a part of the past, witnessing events like a fly on the wall. Powerful, intriguing, magnetic, yet not oppressive, I believe this tale will cause readers to do more than say, what a wonderful, well-written fantasy, but to see life through the eyes of both sides of a fence that never should have divided a world.

If you lived through the 60’s, we saw our world as progressive, but after reading this tale it slams home how little we have progressed and how destructive hatred, fear of the unknown and prejudice is. That said, Casi McLean, with the help of Eleanor LaRue has created a tale that is not only entertaining with the magic of time travel, but something to share with everyone. Fabulous reading that entertains as much as it subtly teaches! Highly, highly, recommended for all!

I received a complimentary copy from Casi McLean! This is my honest and voluntary review.