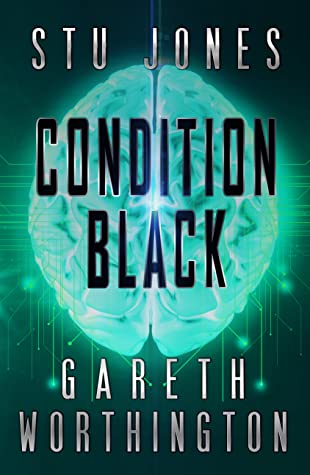 THE GREATEST BATTLE IS WITHIN

Fantastic Voyage meets The Fugitive in this explosive medical techno-thriller From Stu Jones and Gareth Worthington, the Multi-Award-Winning-Authors of It Takes Death To Reach A Star.

EVAN WEYLAND, a brilliant research scientist tasked with developing new technologies to fight cancer, sees the world through the lens of someone on the Autism Spectrum. His guiding light is his wife, Marie—a globally recognized war correspondent. When she returns home from Syria deathly ill with an unknown disease, Evan believes his research may be the key to unlocking the cure. However, when his superiors refuse his request for help, Evan’s single-minded love for Marie drives him to take matters into his own hands. It is a decision with far greater consequences than he could possibly fathom.

BILLY VICK, a Captain in the Army’s Criminal Investigation Command, is a combat veteran unable to leave the horrors of war behind. Only the love of his family and a sense of absolute justice keeps him grounded. When Billy’s unit becomes aware of a US-sanctioned airstrike on a civilian settlement in Syria and an eye-witness reporter comatose with an unknown illness, he fears the worst. An unethical military project thought mothballed has resurfaced, and a civilian, Evan Weyland, maybe about to inadvertently unleash it upon the world. It’s a mistake that could cost the lives of millions.

Pitted against each other in a game of chess-like deception and intrigue, with time running out, both men must come to terms with the magnitude of what’s at stake—and what each is willing to sacrifice to win.

Constant movement, edge-of-your-seat intrigue, ethical dilemmas and a love so desperate that the intensity of this tale explodes off every page as one brilliant, yet challenged scientist races to save the woman he loves against an unknown disease. Will Evan discover the disease is part of a manmade weapon with global impact?

Enter a world of high technology and scientific wonder as a terrifying future world roars to life and one man will stop at nothing to cure the only person to understand his peculiar, autistic ways as he goes face to face against the one man who is willing to risk his own life to prevent an even greater disaster.

CONDITION BLACK by Stu Jones and Gareth Worthington grabs readers by the throat and almost dares us to try to put this book down. Brilliant writing from distinct authors is blended into one rapid-fire tale that never lets up!

For those who know the power of well-place words in motion, who love the thrill of intrigue, this is a must read. For those looking for something new, something that forces the mind to look ahead to a possible future where science and espionage hold the potential to become humanity’s worst nightmare, this is a must read. Bold writing, non-stop action, high-powered emotions, fabulous reading lay between these book covers.

I received a complimentary copy as part of a blog tour review.