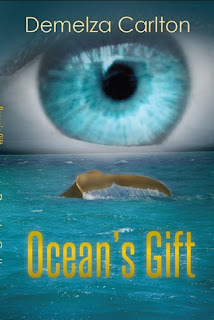 Laced with one part fantasy, one part maritime legends come-to-life, and a large dose of the mental by-play in a male’s mind, Ocean’s Gift is a cleverly crafted, tale of love, lust and lobsters. Okay, there is more to it, much more, and author Demelza Carlton has done a stellar job of tossing in some serious environmental warnings for mankind-very sneakily, I might add! Told from three points of view, one being Sirena’s, an elder on the mermaid council and our main female character, one from Joe, a blue-collar electrician in between jobs, working for a lobster fisherman, and one from a satellite character, a mermaid and Sirena’s daughter, who gives her thoughts more from an interested observer’s perspective. Man’s careless use of the Earth’s resources is endangering ALL life forms, not just humanity, so the Mermaid Council needs to learn what, if anything is being done, sending mermaids (who can assume a human appearance) around the globe to investigate. Pretty much the first thing seen as they land ashore to investigate, is Joe’s perfect arse! As a human, Sirena is a walking bombshell, the object of every man’s fantasy and good old Joe is living right next door to her! What he wouldn’t give to get up close and personal with Sirena! Imagine his shock when she seems interested in him, too! But can a human male and a mermaid find true love and happiness? Will Sirena risk everything to reveal herself to Joe?
Ocean’s Gift is very well-written as the characters pilot this tale along! From its humorous moments, tender moments, to the spicier moments on to the very end, Demelza Carlton has captured the essence of a fantasy/romance and added her own quirky style to it, particularly with Joe’s POV. I swear she spent some time as a fly on the wall at a “boys’ night out” party! Never again will I believe any man that says he looks for a good personality in a woman! Never. 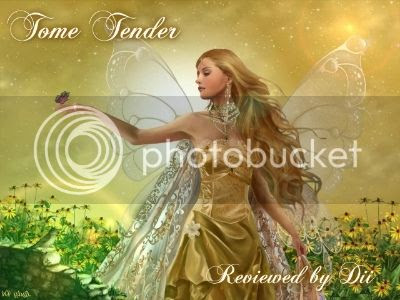