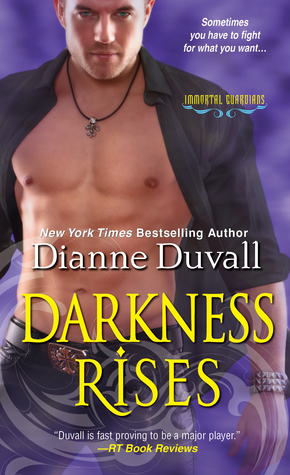 I found Darkness Rises a phenomenal read! All of Dianne Duvall's Immortal Guardians series have become a favorite of mine but Darkness Rises has even rose above every one of my expectations. If you haven't check out her work...WHAT ARE YOU WAITING FOR, IT IS INCREDIBLE!

Krysta and her brother Sean have been fighting vampires for the past six years. Hunting one night Krysta accidentally attracts an Immortal Guardian as well as a large group of vampires. Just when the tides of battle with the vampires would of turned against her, Etienne steps in.

Etienne is shocked by the voracious fighting skills of the human he was following. Drawn to her like a moth to flame, he follows her home and discovers that her brother is a gifted human...sparking hope that Krysta shares that trait.

The stakes are too high to allow humans to walk around with knowledge of the Immortals, but Etienne can't seem to keep away from her. When a familiar enemy resurfaces, Krysta comes to Etinene's rescue bringing her to the attention of the Immortals and their Guardians.

O.M.G. This book blew me away. In a non-stop read-a-thon, I finished this book into the wee-hours of the morning. I truly couldn't put it down.

Duvall pulls out all the stops in this incredibly fascinating world she has created. Not only did she give us sex scene's that will make your temperature rise but she also provided insight into secondary characters. Characters that you can't wait to read their stories just as much as Krysta's and Etienne's.

Krysta is a strong female characters who really doesn't need a hero but thrills in the excitement of finding someone with similar goals and superior abilities.

I received this ARC copy of Darkness Rises from Kensington Books in exchange for a honest review. This book is set for publication October 1, 2013. 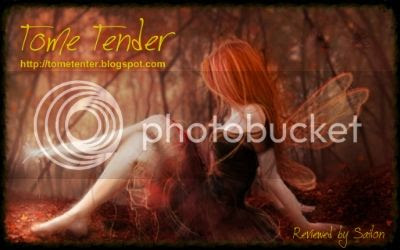