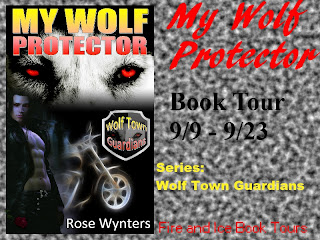 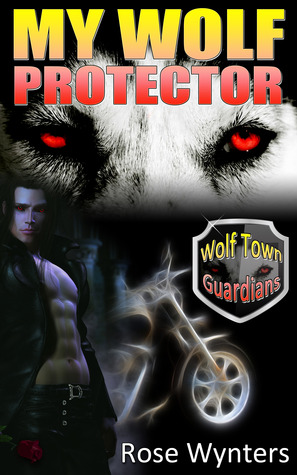 
An ARe Best Seller!

Series: Wolf Town Guardians - Born to walk this world as both wolf and human, these men take their role as protectors very seriously. Enjoying sensual pleasures as they please, this group of alpha werewolves are the finest when it comes to protecting their hidden settlement.

Guardians are the masters of self-control, taking pride in their authority and hard, muscled bodies. That all changes at the first scent of their mates. Their control snaps. The mating heat begins.

This is their story.

Resigned to never knowing the truth about his mate's disappearance, Marrok Walker is a guardian with nothing left to lose. Late one night, his entire world is turned upside down when two battered werewolves stumble into Wolf Town. They have escaped from a hidden research facility in New Mexico, only moments away from death. Before losing consciousness, one of them makes a shocking revelation. Marrok discovers his mate is still alive... And desperate to be rescued.

Taylor Moore was just your average, virgin accountant, until a series of horrific events altered her life. Plus-sized and loaded down with responsibilities, she lets her best friend talk her into trouble. At the very last moment, she's rescued by a tall, dangerous male riding a motorcycle. It's the start of something wonderful... Until she's abducted from him and taken to Hell's Pit.

Thrown into a nightmarish world beneath a mesa, she has held onto the memory of the one night she spent with the handsome, Apache man. When the opportunity comes to help two werewolves escape, she assists them, asking only one thing in return. Find the werewolf named Marrok.

Now that he knows his mate is alive, Marrok won't let anything stand in the way of reclaiming her. Planning a daring rescue, the guardians free the prisoners, but can he free Taylor from the ties that bind her?

His mate is no longer the same woman he knew, but the mating heat doesn't care. It explodes, burning them both up alive. Taylor can't resist the hot, alpha werewolf, but Marrok is known for his rigid self-control. Her past is coming back to haunt her.... Will she be able to seduce the wild and savage man before it does?


Teaser Excerpt:
The wind blew through his hair, bringing in more of the captivating scent. He inhaled deeply, his body humming with excitement. It was a combination of jasmine and musk, purely female. It was delicious, unlike anything he'd ever smelled before. His eyes glowed red behind his dark lenses. Who was this mysterious female affecting him so deeply?
The answer slammed into him, his body stiffening in a mixture of shock and overwhelming lust. His massive hands tightened on the handlebars, nearly crushing them with his strength. It was undeniable. The wolf inside of him had lived for this very moment, and there was no force on earth strong enough to keep him away. Nothing existed or mattered beyond the burning need pulsating through his body. He had scented his mate, and he was determined to claim her.


Who can resist a flaming hot Werewolf paranormal romance, especially when said werewolf finds his true mate and loses her all in one night, only to grieve her disappearance for THIRTY years? My Wolf Protector by Rose Wynters is filled with everything this wolf-lover loves! Marrok is a hot, handsome, strong, protective, alpha wolf, normally rigidly self-controlled, but he has scented his mate on a dark, secluded road and she is in trouble. Taylor is a “plus-sized” accountant who finds herself in need of rescuing from a group of drunken bikers. In one of those sigh-worthy moments, Marrok rides in on his motorcycle and saves Taylor, knowing that this amazing creature is his mate for life. When she vanishes off the face of the Earth, he’s destroyed and for thirty years has mourned her loss. When two badly beaten and tortured werewolves come to him and say they were sent by Taylor, what can he do but go after her and save her once again from the nightmare she has been living as a prisoner/guinea pig in a hidden government facility running experiments on werewolves? But Taylor is changed, she is like a zombie, unemotional and guarded. Can Marrok break through her years of imprisonment and drugging to gain her heart and trust? What has been done to her that has kept her looking as youthful as the last time he saw her? Why does this human woman have wolf DNA in her? He’ll kill whoever has touched HIS woman, but first, she has to realize she is only meant for him! Meanwhile, Taylor doesn’t think she is worthy or capable of being with someone like Marrok. Is this going to become a game of cat & mouse?

Author Rose Wynters wrote for those of us who are less than perfect according to those impossible “Barbie” standards and did it with creative style and a fresh plot! Firmly establishing her world, and building in strong characters, this crisp and intense tale will keep those pages turning, although you may want oven mitts as the tension heats to boiling between Taylor and Marrok. The character dialogue is spot on and the emotions fly off the pages. With a few comedic breaks from another hot wolf, Connor, I could take a much needed breath as I raced through this captivating read! was riveted from start to finish and will definitely look for more from Rose Wynters’ magic pen.

I'm many things including a paranormal romance author, traveler, adventurer, and adorer of extremely hot, alpha men!
I'm also a hopeless romantic that enjoys excitement, fun, and the mysteries of life. I have a great love of romance and the supernatural, and I love combining them into romance books that push every boundary in the literary world. After all, shouldn't romance be thrilling, decadent, and especially sensual?
Visit my website at http://www.rosewynters.com

EASY ENTRY Giveaway:
Rose Wynters is giving away 3 copies (ebooks) of My Wolf Protector! Giveaway runs 9/9/13 - 9/23/13. To enter, simply leave a comment below. The more tour stops you comment on, the more entries you get. Winners will be randomly selected. Open Internationally, must be 18 or over to enter. Please make sure to enter a valid email address to enter.
Posted by Dii at 12:00 AM