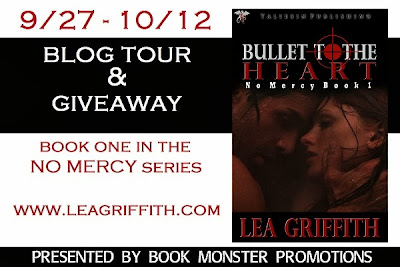 No Mercy Series:
No mercy received. None given.
Bullet, Arrow, Bone & Blade
Turn your back, but you may live to regret it.
Four women, weapons of a war they didn’t begin. A bond forged in hell, each would die to protect the others. Until they’re separated and must fight the forces that seek to destroy them. To find their way, they will give any piece of themselves to the battle. Raised on a mother’s milk of hate and revenge, it would take a love stronger than time to bring them back from the edge. 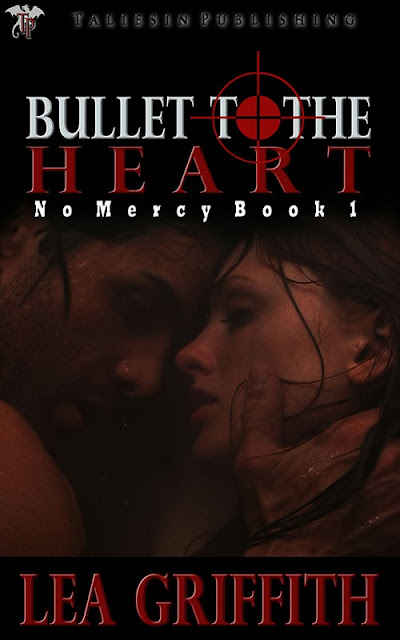 Book Blurb:
She was born to love then taught to kill. She has become everything but is no one.

Known only as Bullet she was long ago forced to shed the name her parents gave her. Changed, molded and trained to kill with sharp-shooting efficiency she is one of The Collective’s most valuable assets. In a cadre of killers, Bullet is death waiting but her time for vengeance has come.

He was loved and then he lost. He has become a hunter in search of revenge.

Everything was taken from Rand the day a bullet ended the lives of his beloved wife and daughter. He has searched for their killer seven long years and may have her in his hands. Rand has suffered but now the time has come to make The Collective pay or die trying.

Joy and sorrow are two sides of the same coin. Retribution draws them together but before all is said and done they will learn love can either break you or make you stronger. 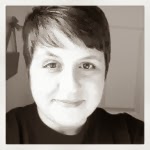 ABOUT THE AUTHOR:
Lea Griffith began sneaking to read her mother’s romance novels at a young age. She cut her teeth on the greats: McNaught, Woodiwiss, and Garwood. A firm believer that love makes the world go round, she still consumes every romance book she can put her hands on, but now she writes her own.

Lea lives with her husband and three teenage daughters in rural Georgia. Two dogs, a cat, and a Betta fish named Coddy George complete a family always in motion. When not working at the EDJ, she’s usually at her keyboard, using every spare second to write. Science fiction, paranormal and contemporary romance, oh my! Nothing is off-limits when it comes to her writing.

TOUR GIVEAWAY DETAILS:
Lea is giving away the following prizes at the end of her tour:

RUNNERS-UP: Three (3) runners-up will each receive an eBook of BULLET TO THE HEART.

Email ThisBlogThis!Share to TwitterShare to FacebookShare to Pinterest
Labels: Blog Tour, bullet to the heart, Giveaway