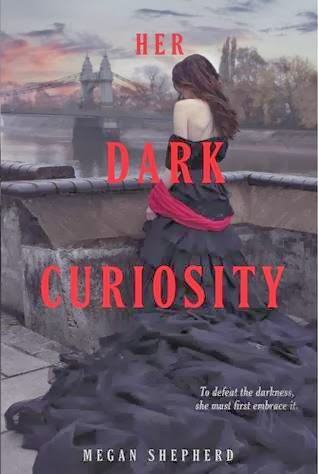 Synopsis:
To defeat the darkness, she must first embrace it.

Months have passed since Juliet Moreau returned to civilization after escaping her father's island—and the secrets she left behind. Now, back in London once more, she is rebuilding the life she once knew and trying to forget Dr. Moreau’s horrific legacy—though someone, or something, hasn’t forgotten her.

As people close to Juliet fall victim one by one to a murderer who leaves a macabre calling card of three clawlike slashes, Juliet fears one of her father’s creations may have also escaped the island. She is determined to find the killer before Scotland Yard does, though it means awakening sides of herself she had thought long banished, and facing loves from her past she never expected to see again.

As Juliet strives to stop a killer while searching for a serum to cure her own worsening illness, she finds herself once more in the midst of a world of scandal and danger. Her heart torn in two, past bubbling to the surface, life threatened by an obsessive killer—Juliet will be lucky to escape alive.

With inspiration from Robert Louis Stevenson’s The Strange Case of Dr. Jekyll and Mr. Hyde, this is a tantalizing mystery about the hidden natures of those we love and how far we’ll go to save them from themselves

My Review:
Her Dark Curiosity by Megan Shepherd

Stigma comes with a name. In London society, being the daughter of the infamous Dr. Moreau and his despicable experiments has only made Juliet Moreau's life harder. But an old family friend has taken Juliet in as his ward and given her a respectable place in society once again. She now has the opportunity to rebuild her life with a father like figure. Juliet isn't so lucky because the life she is building is unraveling just as quickly. The vaccines that have kept the experiments on her at bay is no longer working. Desperate to find a cure, she discovers that she will go to extreme lengths to find her cure...but is she desperate enough to become a monster just like her father?

London is also being plagued by a murderer. The murderer's style is very familiar and haunting. It seems the murderer's victims all also have a connection to Juliet.

Her Dark Curiosity is a dark and ominous journey for Juliet. The world isn't black and white but through out her  plight she discovers shades of gray.

Quickly enveloped by this unique twist to the famous story of Dr Moreau and his creation, I was utterly drawn in by Shepherd's creativeness and writing style. Her Dark Curiosity is a fabulous and intriguing mystery with a wonderfully brilliant cast of characters that will seize your imagination.

I received this ARC copy of Her Dark Curiosity from Balzer + Bray in exchange for a honest review. This book is set for publication January 28, 2014.