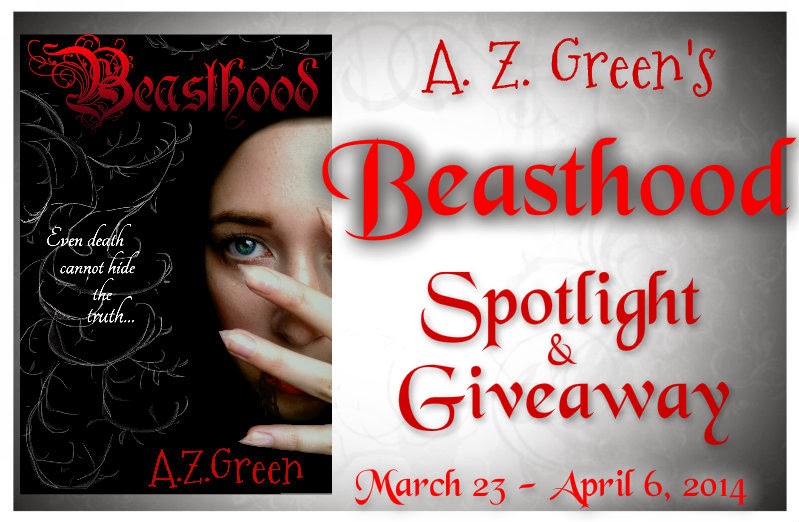 What would you do if you discovered you weren't human? 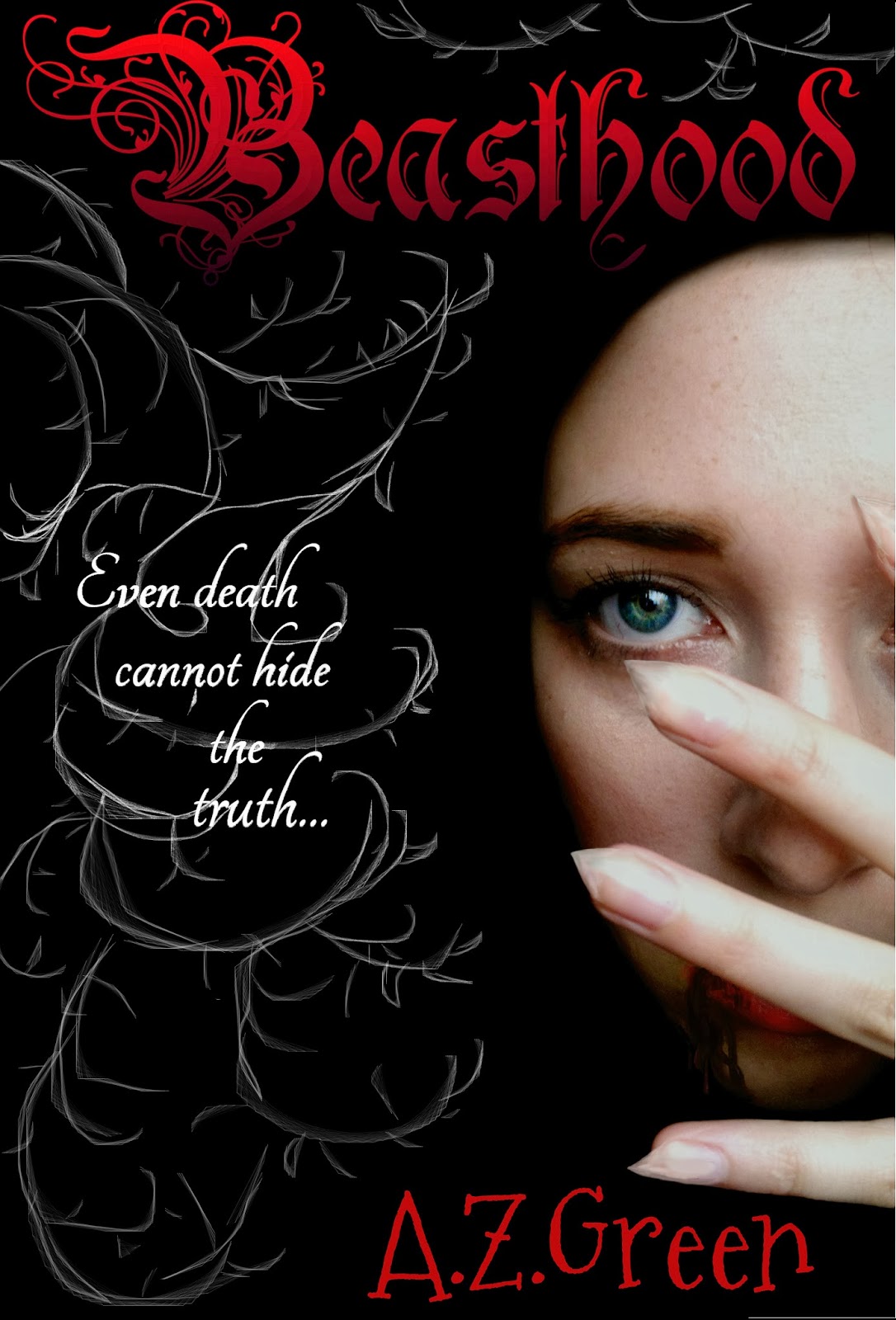 BEASTHOOD
by A. Z. Green

Book One The Hidden Blood Series

The bloody, raw meat was tantalizing her; calling to her. She hated it and yearned for it all at once.
Stop, she ordered. What are you doing?!
So hungryyyyy, snarled a primal voice deep within her.
Don’t you dare! she screamed back.
But the primal hunger ignored her pleas and took over her body, forcing her rational voice deep within the crevices of her mind.

What would you do if you discovered you weren't human? That you turned into a bloodthirsty monster against your will?
What if your instincts, emotions and desires were torn between your own and the dark, dangerous animal lurking inside of you?
If it could make you yearn for someone you shouldn't, make you say and act in ways you wouldn't and overwhelm your whole existence?
If everything you'd ever known about your life was a lie?

In a world where a deeply hidden community is swathed in mystery, deadly secrets, betrayal and murder, Jaz Barker struggles to fight against the dangerous Beast within her and the emotions and desires it thrusts her way.

When tensions ride high and people she cares about are put in danger, she will have to decide how much of her newly awakened animal-side she's willing to let in.

And if it is worth the risk...

1.  You were active in every step of the creation of "Beasthood" from cover to cover, is this an extension of your expertise in graphics, or a matter of "parental control?"

I wouldn't say I'm an expert when it comes to graphics or that I'm a control freak when it comes to how my novels look, but I guess you could say my answer is a yes to both. I love creating book covers and I've done it for others' books too, not just my own. I've already designed the first three book covers in the Beasthood series (I may have to do it for a forth book, but not sure yet :) ) and I've loved the process. Because I'm a self-published author, I have to work extra hard in every step of the writing process. Not just the writing, but the designing, the layout, formatting, publishing, promoting etc etc. I have to make it look as good as I can so it appeals to readers in the enormous kindle store. And a lot of people have complimented the book cover which is a fantastic feeling! I would say that my love of graphic design, art and creativity in general is the reason I did my own covers rather than leaving them in the hands of someone else.

2.  After building your world and bringing your characters to life, do the characters help guide where the story goes or do you remain in control?

I suffer from character-taking-control syndrome, haha. I actually just said that to an author friend of mine. In the beginning you drive the car, but then as the characters start to take shape, they tug at the wheel and you end up driving in a direction you didn't expect. Sometimes it's in a direction you don't want to go but have to pursue because you know once you see the route, it has to be done. It almost feels like a crime against that character/s not to do as they bid of you. We writers sound a bit mental, don't we? Or maybe it's just me? Oh, boy.

3.  What do you take away from each review you read? (an author's book is a piece of themselves, exposed to a public filled with different tastes)

I recently had a few not so great reviews and it really makes you feel physically sick, but I'm a lot better at handling bad reviews than I was a year ago. I don't get angry, maybe just frustrated, but mostly I appreciate the advice and criticism if it's constructive. If it's just plain offensive I scan over it and move on.
A friend said to me you need to build a thick skin and don't let them get to you. The fact is, you can't please everyone. He's a writer too, and he's damn right.
I've decided not to read bad reviews unless I've specifically asked that reader to review my novel. On the flip side, great reviews build up so much confidence in me, especially when the reviewer understands the meaning behind my novel. My writing isn't standard, typical or mainstream. It could be, but I refuse to allow it to be, because I believe in depth and richness. I will always strive to give characters and plots layers. I just can't do simple. Maybe when I'm an excellent writer, I will, because then I'll be able to write something simple and make it magnificent. I don't think I'm there yet. :)

4.  Is there a question you have never been asked as an author that you would like to ask yourself and answer?

I've been trying to come up with a great answer to this all day. I really can't think of anything I'd want to be asked. It's one of those things that until I'm asked it, I won't really know. I'd love something random, something so strange it makes me burst into giggles, or a question so deep and thought-provoking that it would require me to really think before I answer. I guess your question might just be one of them. It certainly took me time to think of a response!

5.  You once said in response to a previous interview question regarding books that inspired you, you responded,"'I write books I wish existed, not because I'm inspired by a book that already exists." What does this say about you as an author?  (FYI, I LOVE that statement).

Firstly, thank you. I'm glad you loved it. :D As an author, I guess it means I like to try new things. I want originality and I applaud anyone who brings something new and refreshing to the writing world. I want to do something different and striking, not something that makes money and is a style that people are used to. I'm not saying I will be writing the next Frankenstein or Hunger Games but I will always try to achieve that. I don't like following the crowd!

That's always a hard one, thinking of three interesting things about me. Ummm, I've been writing since I was ten. I have always written long novels, probably too long, and I'm trying to kick that habit.

I never went to college but spent my years after school studying languages, graphic design, nutrition and ayurvedic medicine, and writing (of course). I also discovered my immense love of reading during that time. Kind of odd that it should happen after I left school.

I'm a confessed film addict and buff. I love loads of different films but currently have a weak spot for foreign films (French, Korean, Japanese, Mexican, Spanish, Australian, African, Arabic, Persian, you name it). I like to be scared and grossed out, so psychological, emotional stuff always wins me over, but even if I like the darker gritty stuff, I can't get enough of a feel-good chick-flick. Miss Congeniality, Dirty Dancing and 10 Things I Hate About You are some examples.

A few random facts: Most of the time I cannot text or type on the phone/tablet very well (my friends have laughed on more than one occasion at my attempts) but am super fast on the laptop.
I can bend my thumbs all the way back to my wrists thanks to double-jointed thumbs. Gross.
If I wasn't writing, I'd want to be acting. I got A*s in both drama and English so it makes sense. :) 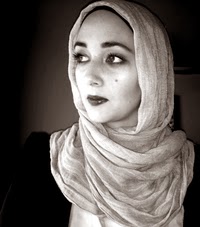 A.Z.Green was born in 1989 and raised in Chesterfield, Derbyshire. She met the love of her life aged 16 and moved to London, finally settling down near Brighton.

She has written various novels and short stories in her lifetime but has only recently decided to publish. She writes a wide range of genres such as dark fantasy, romance, thriller, historical fiction, dystopian, horror and paranormal. Her books tend to fit better into the New Adult genre as they usually have a more mature theme. Beasthood is her first published novel.

Besides writing she also loves designing blogs, websites, covers for others' books as well as her own and various graphics. She has four blogs/websites and counting. Pinterest and Tumblr keep her busy, as does reading, drawing, painting and watching films. That's if she gets time to do any of these things with a three-year-old jumping around.

When asked in an interview, 'What books have inspired you to write?' she replied, 'I write books I wish existed, not because I'm inspired by a book that already exists.'

You can find A. Z. Green lurking on:

A. Z. Green is offering 5 eCopies of  BEASTHOOD

That's FIVE WINNERS!
Open Internationally where allowed
a Rafflecopter giveaway
Posted by Dii at 12:10 AM