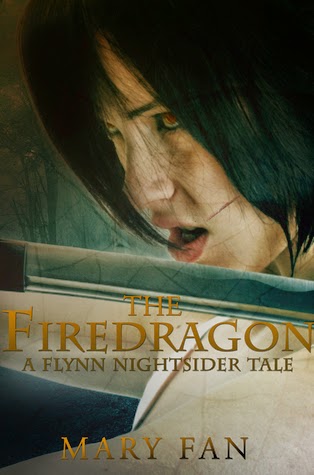 Synopsis:
Almost a hundred years ago, the Enchanters defeated the Lord of the Underworld in one of the most fearsome wars the world had ever seen. The public thinks that this victory means the people are safe. But they’re wrong. The supernatural beasts the Lord unleashed remain on the earth, multiplying and ravaging what’s left of civilization. As long as these monsters exist, mankind will be in danger. And though the government, ruled by the magic-wielding Enchanters, seeks to protect their people, they are too few in number. They need the Defenders – a special class of non-magical humans – to fight the monsters. The Defenders are an elite force, and mankind’s only hope against the horrors that live beyond their gates.

Fourteen-year-old Aurelia “the Firedragon” Sun has been training since she could walk to become a Defender, and her extraordinary combat skills have earned the attention of the powerful government. In fact, she’s been tapped to represent her nation in an international monster-fighting competition, which pits champions from across the globe against creatures of the Underworld in a violent spectacle. If she wins, she will become a full-fledged member of the Defender force.

But as Aurelia moves deeper into the competition, she realizes that all is not as it appears. There’s something sinister behind the competition, something that could change the way she sees everything … and the Enchanters, it seems, are not the heroes she thought. Aurelia begins to ask questions. But before she can discover the truth, she is pitted against the most dangerous monster in the competition – one that will take her life if it can .

The Firedragon by Mary Fan

If you are looking for an action packed, quick read with a fierce butt-kicking heroine, then look no further! The Firedragon has left me wanting much, much more and looking for the next part in the Flynn Nightsider series!

Aurelia Sun isn't your typical 14year old teenager. She's an orphan who has been brought up and trained by the Triumvirate government to be a supernatural monster killer. She has worked her way up the ranks to be a cadet at the elite Academy of Supernatural Defense and has been given the honor of being chosen to compete in the International Challenge to go against the most dangerous beasts. The other cadets nicknamed her The Firedragon because she's a spitfire. She is classed as a Norm (someone with no magical abilities) and has dreams of showing that a Norm like herself can beat the Enchanters (those who can wield magic) without the use of spells. But Aurelia comes to realise that the Challenge is just the Triumvirate's way of manipulating the public into
believing that they are the only ones who can keep them safe from the monsters. Will Aurelia be able to prove her ability and worth to the world of Enchanters to spite the Triumvirate and thwart their machinations? Or will she be left to die a martyr?

This truly was an exhilarating read. The dystopian setting including a war destroyed, crumbling Manhattan set a great scene for the final showdown. The action scenes were very well written, creating a moving picture in my mind's eye. Aurelia was a little too cocky in herself and her ability,
with every right, but her hubris wasn't an appealing quality for me. But once she realised the reality of the situation, it humbled her and she became much more likable and fierce in my eyes. And although she had been conditioned to be emotionless and battle ready, we as the reader get to see her softer humane side.

If you liked the Hunger Games, if you liked Battle for the Afterlife Saga and you love reading about monsters and epic one on one combat scenes, then you are going to love and devour The Firedragon!

View all my reviews

Check out the Mary Fan Here: