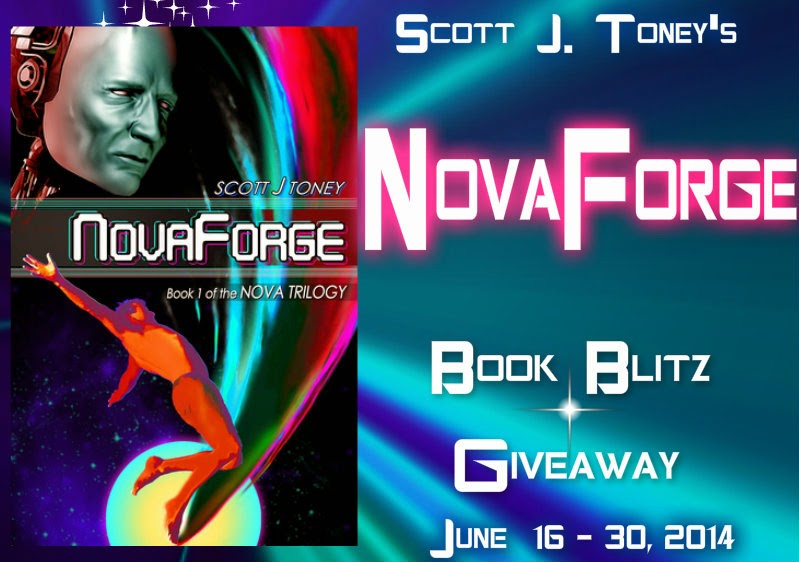 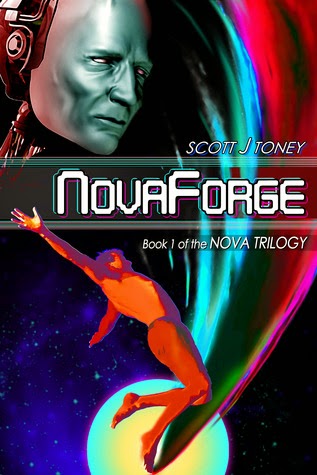 From Scott J. Toney
The character Julieth in NovaForge is an intense, headstrong female character with vast feathered wings and a leaning towards the bow and arrow. She’s tough, and yet in a world that has been decimated by years of a corrupt humanity, she
is the character with the most heart. She understands the need for battle, and yet struggles in her mind against it.
The origin of the name Julieth has a long history for me. Each one of my books has a character in it that in some way came out of my poetry book, Dusk Crescence. In NovaForge Julieth is that
character. There was a character in Dusk Crescence named Julieth who was a winged woman. She had a different personality than this Julieth, but that is the name’s original usage in my books. When I created the name I was in High School, sitting in class looking at a friend of mine, Judy. I needed a name and I thought… Judith, Judie, Julie, Juliet. But Juliet is Shakespeare’s character’s name. Then I added an H. Julieth. So now you know where and how. Julieth is a key player in NovaForge. Check out an excerpt below involving her character. I take great pride in Julieth.

She fell to the ground, clenching earth with her hands and barely seeing Ivanus dragging Bayne’s limp body away from her. Her back quaked as something ripped from her flesh. It felt like a writhing serpent, moving, but still connected to her. A moment later another surge of pain struck her as another massive thing burst out of her back. A slimy substance oozed around her on the red soil. The pain receded as regular sight returned. Feathers blew in the wind away from her, covered in the same gooey substance on the earth around her body.
“You have wings!” Ivanus called out nearby. “Vast, beautiful wings. I didn’t know what they were when I saw them in my sight.”
What is he saying? Julieth worked through the remaining pain, trying to pull together her thoughts. She could move the things protruding from her back, and could feel them as if they were her limbs. What is going on? Do I really have wings? She could believe it if she had somehow bonded with an essence, but had never seen wings in person before. All species of flight perished shortly after the
meteor, except for one man who had been possessed by the essences. He was rumored to be part
dragon, but she had never seen him.
Whatever struck me when Ivanus arrived, those must have been essences from his time, if he is telling the truth. Julieth touched her chest where the things had entered her, and then reached around her back to feel for their markings. Her hands touched slime, and then the intricate patterns of fresh muscle and feathers. A shiver ran through her and she used the new muscles protruding from her back to curve her wings before her and into her sight. Their ivory white feathers were
beautiful. They are a part of me, she thought in surreal wonder. 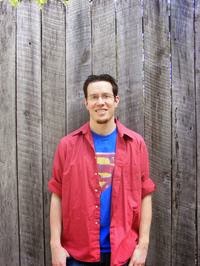 Barbershop Singer, Father, Husband and Author, Scott J. Toney is a family man first and a great lover of the written word. With over 45,000 copies sold he tackles Sci-Fi, Fantasy and Christian genres, using his Journalism and Public Relations background in constructing characters and worlds. A founder of Breakwater Harbor Books, Scott lives in Pittsburgh with his wife and children. His first book, The Ark of Humanity, is a what-if mer novel based on the story of Noah and the flood. Scott is also the author of NovaForge, Eden Legacy, {Lazarus, Man} and Hearts of Avon, a Romantic Suspense novel dedicated to his wife. Scott holds degrees in Journalism and Public Relations and marks his greatest achievement as his family.

{April 2014 - One of the "TOP 100 MOST POPULAR AMAZON KINDLE BOOKS" in Religious Science Fiction / Fantasy} - The Ark of Humanity
Connect with Scott J. Toney

The Ark of Humanity
Average Rating: 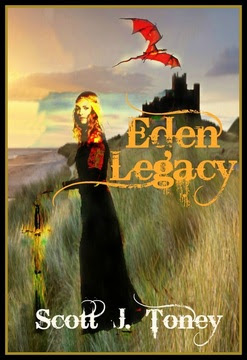 Thomas, the young King of Havilah, is drawn to a forest beyond his lands. Here he discovers seven figs, fruit from the long forgotten Eden.

In the land of Cush, Princess Lilya suffers under the rule of her father, until the day when young King Thomas of Havilah invites her away to his lands. There, she hopes to find peace she has never known. But Thomas has been drawn to a foreign land, to figs he hopes are from Eden and the tree of life. When he eats them to heal his wounds things change within him, distorting him in ways he could not predict.

Now Lilya must make a decision. Does she stand by Thomas' side or act to dispel the evil consuming his soul? Amidst this world Lilya has befriended a dragon. There are secrets within the beast that could determine all their fates.
Eden Legacy, Amazon $1.99

In Avon, a beach town along the Outer Banks of North Carolina, Ben is falling fast for the beautiful and intelligent Caroline, even as they both deal with her stalker ex-boyfriend who has followed her south on vacation.

As Ben learns the depths of the other man's madness his and Caroline's relationship runs into another wall, level 3 Hurricane Irene moving quickly toward the Outer Banks. When the storm arrives, all of their lives will be drastically changed.

How will they learn to cope with the consequences? When they are tested with a disaster on the brink of their comprehension, how will they pick up the pieces of their lives?

This is the story of Lazarus of Bethany, told through trial and tribulation.
Lazarus, Man, Amazon $0.99

Scott J. Toney is offering TWO SIGNED Paperback Copies of NOVAFORGE
Give the gift of reading to yourself or a friend, compliments of the author!

a Rafflecopter giveaway
Super Bonus "Giveaway" Everyone's a WINNER!
Have an eReader?
NOVAFORGE IS FREE on
Smashwords | Amazon |  Barnes & Noble
Posted by Dii at 12:10 AM