Synopsis:
Charlie should be packing her bags for college, but the life ahead of her isn’t one she’s certain she wants. Maybe that’s what led her to sleep with a perfect stranger at the county fair. Finding out he was a carnie was like winning the bonus round of the world’s worst game.

Blue grew up in the carnival, never staying anywhere long enough to call home. He never thought of himself as the type to seduce a local, let alone fall in love with one, but his impulsiveness got the better of him this time. He should go where the carnival takes him, but for the first time he’s not sure if he wants to go.

When he makes the decision to stick around, Charlie eagerly follows him down the rabbit hole; into a world with no regard for consequences or regret. Most of all, he shows her that home isn’t a place, it’s a feeling they can create and share. For a price. Because the higher the roller coaster goes, the faster it all comes crashing down. 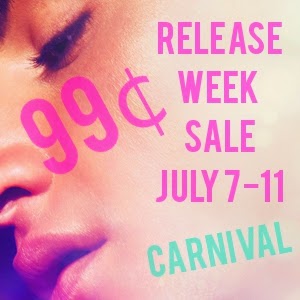 AUTHOR BIO
(No author picture)
I grew up on a farm in Ohio, but that's not very interesting, is it? When I'm not writing you can find me doing one of two things; getting lost on highways or getting lost in the lives of fictional characters. If my heart had two feet, one foot would be in romance and the other solidly in geekdom. I hope you'll all follow me on my journey through this carnival they call life.I promise there will be a happy ending. 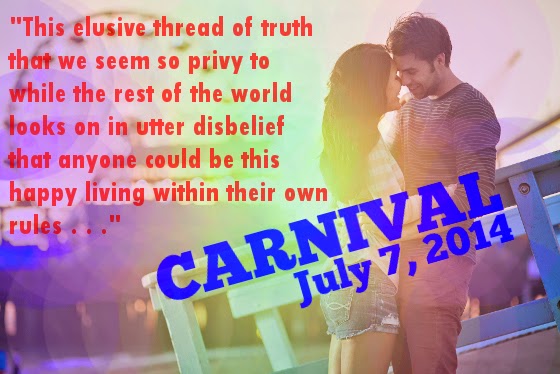 Excerpt
He moves toward me like he’s about to embrace me or something. It’s not a conscious choice, but I lean back. He gets the hint and stops.
“What’s wrong?” he asks.
I need a second to think about the answer. It’s right on the tip of my tongue, but it’s not ready to come out. I look everywhere but at him. “The world.”
“That’s mysterious,” he says with a nod, “but I get it.”
My eyes catch his. “Do you?”
“I figured it out about fifteen minutes after I woke up.”
“Sorry about that.”
“For leaving? Don’t be. Like I said, I get it.”
I begin playing with my hair. I’m sure it annoys everyone but me when I do it.
He gets closer and this time I don’t pull back. “You’re hurt. You’re scared. You’re kind of lost. The world’s spinning and you just wanna jump off?”
“Something like that.”
“Let me get off with you.”
A chuckle escapes my throat. Blue’s eyes squint and I can tell he’s a little frustrated. “That’s not what I meant.”
“I know,” I say and straighten my face out, back into serious mode. Those two words reminding me how terribly lost I’ve been.
“What I’m trying to say is that we all get lost sometimes. Just like you’re lost now, I was lost when I met you.” The rain rolls off the edge of his lips. “I think I’m still kind of lost, like I’m all the way out there on Venus or wherever the hell it is that you girls come from.”
“Blue,” I interject.
“No. I’m going to finish because I’m not going to take the chance that you’re going to say something stupid.”
“Stupid?” I ask, offended.
“Please, let me finish.”
My hand pats against my jeans. “Fine.”
“So I’m out there on Venus, but it’s you who always brings me back to Earth. Like you’re the Sun and I’m the Moon, and I know that we belong together because, hey, gravity.”
Strangely, I get his point. Even if he’s getting to said point in a rather contrived fashion. I wonder aloud, “One might think you’re on drugs or something with all this Plato-ing.”
“I want to say that your love is my drug, but I think I’m all cheesed out.” He smiles and it’s a relief.
“That’s probably a good thing.” I roll my tongue across my lip. “Now, can I say something stupid?”
“About that, I didn’t mean to—”
“Look, I love you and that’s not a question, it’s a fact. Some days, I wake up and know that I want to spend the rest of my life with you. Other days, it’s a neon blur. It’s like I don’t know who I am anymore.”

It’s quick and it’s gentle, but his palms grab me and hold me by the cheeks. “I know who you are. You’re Charlie. Sweet, beautiful, smart as fuck Charlie—the girl that I’m going to spend the rest of my life with. Everybody gets lost at some point, but I’m here to remind you exactly who you are.” 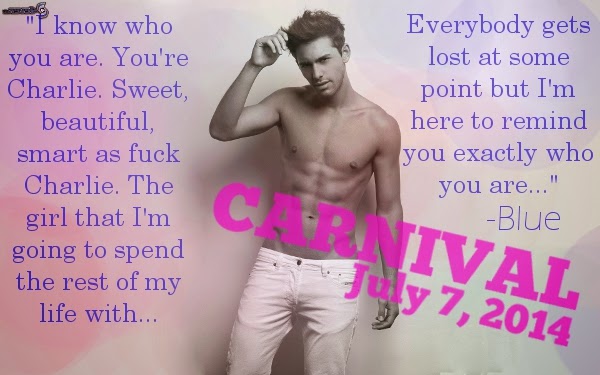 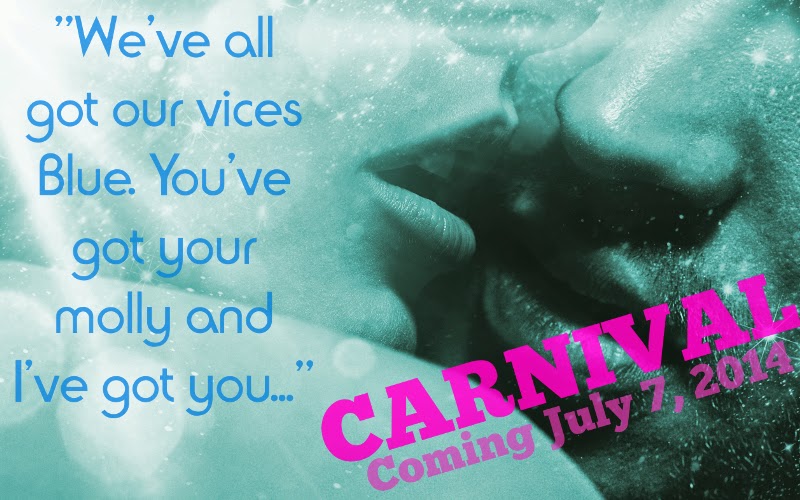