MH 370: By Accident or Design by Peter Lee 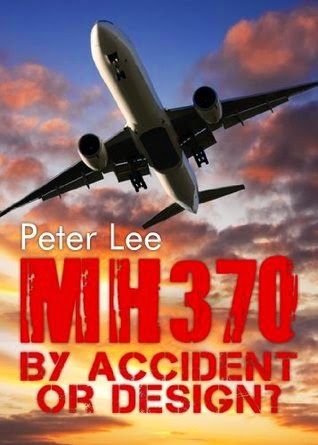 MH 370: By Accident or Design
by Peter Lee

If you want to know what really happened to flight MH 370, this book is a must-buy.
In 'MH 370: By Accident or Design', a former military pilot and air traffic control officer analyses the exact sequence of events that took place on the night of 8 March 2014 when Malaysia Airlines' flight MH 370 took off from Kuala Lumpur and then vanished from the face of the Earth.
He strips away the clouds of confusion to get right to the heart of the mystery, and suggests a believable and logical explanation for everything that happened that night. On the way, he analyses some of the alternative explanations that have been offered, including the conspiracy theories, and looks at the latest information from the Far East.
Some recently published works on this subject were rushed into print before the few indisputable facts were known, and many have been based on little more than the author's personal opinion, almost irrespective of these facts, or have been founded on apparently factual information that has since been discredited. This book starts off with no preconceptions at all. The author looks only at the facts of the matter, and has worked out a possible and believable explanation that covers everything we know about this flight from take-off to its ultimate fate. He also explains exactly how the aircraft systems - things like SSR, ACARS and ADS-B - work, and provides an overview of the satellite communications system that was able to provide basic tracking data for the aircraft long after voice communications ceased.
He explains the crucial significance of the position where the aircraft vanished from Malaysia's radar screens, and why that precise location was chosen by the perpetrator of this disappearance. And he shows why the route that the aircraft subsequently followed was not accidental, but entirely deliberate, and chosen for one very specific reason.
He concludes his analysis by explaining approximately where the aircraft is now, and why no confirmed wreckage from the aircraft has been found anywhere.
As a military controller, Peter Lee has previously been involved in aircraft accident and investigation procedures as apart of his job. He was solely responsible for deducing the precise reason, and specific sequence of events, that led to the loss of a Royal Navy Sea Harrier in the North Irish Sea some years ago, an event that at first sight appeared completely inexplicable, and was the principal expert witness at the subsequent Board of Inquiry. In the case of flight MH 370, he has turned that same critical eye on this disappearance, and his suggested explanation for what happened is both logical and believable.
If you read no other book about this mystery, read this one.

My Review
MH 370: By Accident or Design by Peter Lee
My Rating: 5 Stars

From those first tragic news reports to witnessing the raw pain of the friends and families seeking closure, still hoping against hope that the passengers and crew of Malaysian flight MH 370 would be found, the mystery of what happened to this plane and the souls aboard has baffled the world. Many books have sprung up to explain theories, share thoughts, point fingers, but MH 370: by Accident or Design by Peter Lee, an experienced military pilot and air traffic controller is a dissection of the events, the questions and the possibilities that are easy to understand. Mr. Lee sites his knowledge of flying, planes and working in the tower as he re-hashes events and separates facts from fancy, the probable from the improbable with hard evidence to back his thoughts. Does he answer every question known? No one can, but he takes the time line from take-off to discovery that the plane was missing and explains away many of the wrongful finger pointing going on while questioning other actions that were taken, or NOT taken that have hindered finding MH 370.

Peter Lee's sound reasoning and well-written text helps to bring the “mystery” of flying, and of the inability of authorities to “easily” find MH 370 into context. If you have wondered about the events, not understood canned press explanations, this should clear up much of what you’ve heard or read.