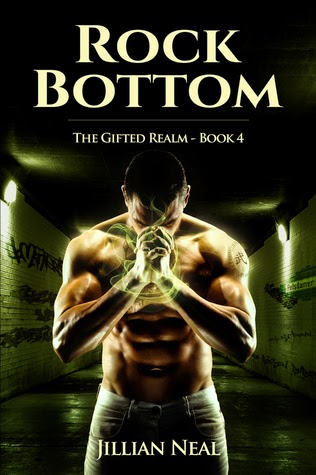 Dan Vindico is the Chief of Elite Iodex, the fiercest, peacekeeping, police force in the Realm. He appears to have been constructed of raw sinew and steel. He’s sought revenge for his fiancée’s murder for the last decade. As he tears apart the men responsible, seemingly without end, he finds himself drowning in the riptide. Amelia’s kidnapper is going to walk free. The knowledge drives Dan to the brink.

Rainer Lawson, son of the assassinated Crown Governor and the newest officer to earn the Elite rank, can’t seem to do anything more than watch his boss be crushed under the weight. With Emily on another continent, Rainer has already let his guard down for one brief moment and has seen the brutality of the Interfeci. They’ve taken something he can’t ever get back. Can they be stopped? Can they save Vindico from the hellish abyss he seems determined to let consume him?

Vindico can’t continue on. He’s reached the end. Narrowly escaping certain imprisonment and possible death, his body seems unwilling to fight anymore. While licking his inflicting wounds, in walks his saving grace. He’s hit Rock Bottom. Rainer, Logan, Garrett, and all of his men can’t save him. Perhaps, what he needs are the wings of an Angel. Can he have anything good in his life? Can he have true love again? How can he keep her from ending up like Amelia? Could it ever be worth the risk?

My Review
Rock Bottom by Jillian Neal
My Rating:  5 Stars

Have you been following the Haydenshire Family the ‘stars” of Jillian Neal’s The Realm Series? Go read them, I’ll wait…Rock Bottom is Ms. Neal’s latest addition to this unique series in a world where there are “gifted’ humans and non-gifted, living in a tenuous existence where evil still tries to overpower good. Through it all, the Haydenshires feel like a cross between the Brady Bunch/Eight is Enough/the Waltons and those “adult movies” you can find behind the curtains. This time out Ms. Neal threads several subplots together to weave a picture of the fast-paced and often frantic world of the Crown Governor, his growing family and the continuing threats that surround them.

One of their closest friends and greatest allies is Dan Vindico, the almost super-powered Chief of the Elite Iodex Police. Slowly imploding from the inside out, Dan cannot let go of his tortured past, the day he lost the love of his life and he has finally hit Rock Bottom. Enter a beautiful, gifted woman, Fionna, who has been one of many to fantasize about the powerful warrior who is unable to give more than his body to anyone. Will she be the one to break through his emotional exile? Is she strong enough? Is it even safe for her to been seen with Dan or would she have to be his little secret?

Once again, Jillian Neal showcases her ability to take fantasy to a new level, making it feel real and frighteningly plausible. From the warmth and loyalty in the powerful Haydenshire family that extends to those they love to the brutal realities that lurk around every corner to the steaming romance shared by lovers, I was in Ms. Neal’s world, believing every word, seeing every scene, feeling every emotion. This author can write, but even I am amazed at how she can go from the precious first weeks of a newborn’s life to a melt your eyeballs sexual scene in the flip of a page! Must be pure, raw talent!

I received an ARC edition from Jillian Neal in exchange for my honest review.