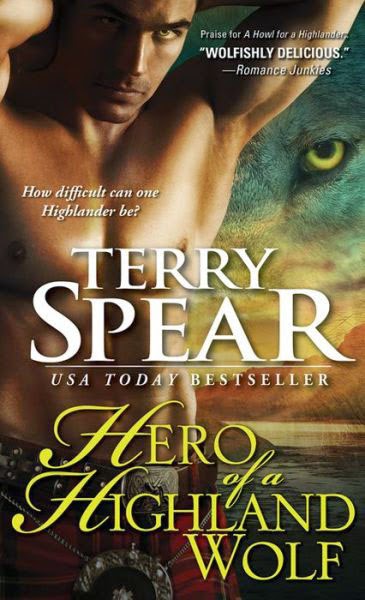 Summary
She's ready for change…
Colleen Playfair has never been to Scotland, but when she discovers she must spend a year and a day overseas learning to manage her newly inherited estate, she's ready for the challenge. She even has some ideas for improvements-if she can get past the sexy werewolf who seems convinced he's the one in charge.
But he's digging in his claws…
Grant MacQuarrie and his clan have been managing Farraige Castle for three centuries. The last thing he wants is a meddling American heiress trying to change the way things have always been done. He's more than willing to fight the she-wolf every step of the way, using every tool at his disposal. And if that means taking the lass to bed, well...all the better.
Locked in a battle of wills, caught in an attraction they can't escape, Colleen and Grant must find a way to work together...or face losing it all.
Buy Links
Amazon - http://amzn.to/1nc3SKt
Barnes and Noble - http://bit.ly/1il2cxw
iTunes - http://bit.ly/1n64Qsf
Author Bio

Guest Post - Pluses and Minuses of Inheriting a Scottish Castle by Terry Spear
In my newest release, Hero of a Highland Wolf, my heroine Colleen Playfair inherits a Scottish castle. While this may seem like a dream come true, there are some downsides to owning a sprawling estate in the highlands. Especially when the property is ran by a shifter pack lead by the sexy, and stubborn, Grant MacQuarrie.

We might as well get the negatives out of the way first so all you'll remember are the positives at the end of the post, aye?

Minuses of Inheriting a Scottish Castle

1. Grant MacQuarrie does not want you there.

Grant let out his breath. “You know the trouble the MacNeill brothers faced when American she-wolves invaded their castle, aye?” He looked back at the MacNeill men, waved at Ian, and headed to the tower stairs to join the men below. “Besides,” he said, clomping down the centuries-old stone steps, “she won’t last that long. Once she sees all those sharp swords and dirks, and all that fighting and mayhem, she’ll turn around and leave, realizing she really didn’t want to stay here after all. I’ve made reservations for her at a nice bed and breakfast two hours from here.”

2. Leaving home and having to live in an unfamiliar country, and a home not your own. Even if it is your own.

3. Living with a wolf pack not your own.

4. Eating food you're not used to.

Then Colleen noted she had a huge portion of blood pudding and haggis sitting in the middle of her…trencher? A piece of brown bread was being used for a plate as in early medieval times. Come on. They couldn’t be living that far in the past. Where were the plates? The silverware? She was dying of thirst and was looking forward to drinking a cold glass of water. She hoped Grant wouldn’t serve honeyed mead or ale on top of everything else.

Okay, so let's face it—there really aren't a whole lot of downsides that I can see! And as an alpha wolf shifter herself, Colleen is definitely up to making a few changes to her new home.

Now onto the good stuff!

Pluses of Inheriting a Scottish Castle

1. Grant MacQuarrie is your manager.

2. You have a beautiful view of the North Sea and the surrounding velvety-grass covered hills, waterfalls, and beauty stretching across the landscape for miles.

3. Grant MacQuarrie is the pack leader.

5. Grant MacQuarrie is the clan leader. (You are probably sensing a theme here!)

As Ian and Grant lunged and parried, Colleen observed their impressive footwork, too. Every slicing blow sent a hint of unease through her, though, as she worried that the men would accidentally injure each other. She loved the way the wind whipped their kilts about. She caught a gorgeous shot of Grant’s very toned, hot ass. That would teach him to go without any briefs on a windy day! Maybe he thought she would be so shocked to see him naked beneath the kilt that she’d run off.

6. The clan members are welcoming, even if they are trying to be subtle about it.

The lass had not looked the least bit intimidated. He couldn’t believe his brothers had been standing on either side of her like bookends. Maybe they had made her feel safe from all the men’s fighting, but they should have left her alone. He would have to learn what else they had discovered about her.

7. Her best friend lives near there and is mated to Grant's best friend, Ian MacNeill.

8. Grant MacQuarrie wears kilts. A lot. Or he's without them. A lot.

“Bloody hell,” Grant said under his breath and yanked a towel off a rack, but he didn’t cover himself in time before Colleen turned her pale face in his direction and got an eyeful of his aroused state.
Yeah, see? What did I say? When it comes to Grant MacQuarrie, his is the BIGGEST plus of all.
How would you fix the minuses to make them work for you? And what do you consider the biggest plus?