The Revenant by Elise Abram 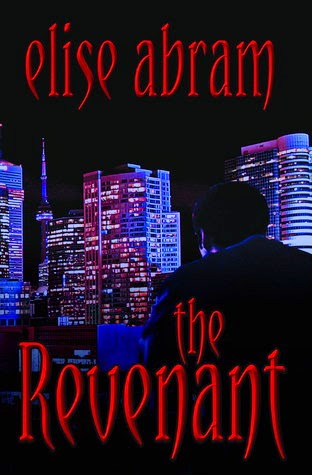 The Revenant
by Elise Abram

He wears neither cape nor cowl, but Zulu is a superhero, nevertheless.

Raised from the dead as a revenant more than a hundred years ago, Zulu possesses Spiderman’s stealth, Superman’s speed, and Batman’s keen intellect. His only companion is Morgan the Seer, an old man cursed with longevity and the ability to see the future in his dreams. Zulu has spent the last century training with Morgan in order to save the people in his nightmares from certain and violent death. Branded a vigilante by the Media, Zulu must live his life in the shadows, travelling by night or in the city’s underground unless his quest demands otherwise.

Kat is an empath, someone who sees emotions as colourful auras. Relentlessly bullied by her peers, and believing her life amounts to nothing but a huge cosmic mistake, she finds purpose in her abilities when she is recruited to help Zulu and Morgan complete their missions.

Malchus is Morgan’s long dead twin brother. A powerful necromancer, Malchus manages to find a way to return to the living, and he has a score to settle with Morgan. Believing Morgan responsible for his death and out to seek revenge, Malchus begins to raise an army of undead minions and use them to hunt Morgan down. As Malchus closes in on Morgan and his charges, the trio soon realizes the people most in need of saving are themselves.

My Review
The Revenant by Elise Abram

There’s a new dynamic Duo, or should I say Terrific Trio in town and they straddle the worlds between life and death taking down the bad guys and saving lives. But what happens when one of them becomes the target of revenge from a skilled necromancer? Elise Abram’s The Revenant turns the world’s view of super heroes on its ears when Zulu, a one hundred year old revenant and young Kat, who sees people’s auras, team up to save the world, guided by the nightmares of Zulu’s mentor, Morgan the Seer. One nightmare at a time lives are saved, evil vanquished, but Morgan’s necromancer brother has returned and he commands an army of the risen dead. Could all of the super heroes ever created take on this unholy legion? With only themselves to rely on, life gets pretty dicey and body parts are flying.

Elise Abrams has created an unlikely superhero with Zulu, he never gets cold, thirsty, or hungry. He is stealthy, strong, and shares little about himself, even his real name is a sore point! Skilled in battle, intelligent and a little snarky, he takes care of business, one job at a time. Is he really a soulless creation or is there more to this enigmatic being? Thanks to Ms. Abrams, his character comes alive while cloaking that feeling of mystery around him. Kat, well, she is full of life, youthful and sometimes just a little naïve about evil. Completely likable, full of color, herself, she adds the bright star to this tale while Morgan and Malchus are the light and dark tension and intrigue. You know what they say, you can't pick your family...

Attitude, great dialogue and one-liners interspersed make this a great read for ALL ages without being too dark. I mean, really, you have to love crime fighters who argue about what to call themselves in the midst of a stakeout!

I received a review copy as part of the Revenant Tour & Giveaway stopping at Tome Tender September 1, 2014