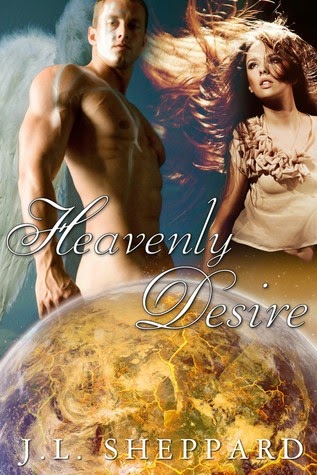 Jade Ashley has a past she’d like to forget and a destiny she isn’t aware of. A stranger, Clyde, saves her from an attack and demonstrates extraordinary abilities she believed only she possessed. Soon, she realizes he’s her guardian angel sent to reunite her with her long lost sisters, who like her are part of a new breed of immortals, Elementals, prophesied to determine the outcome of the upcoming war.

Clyde, an angel, battles the one thing he believes will lead to his fall from heaven—his new found emotions, forbidden among his kind. Nonetheless, the Angel Lords promise to promote him to warrior when he completes his last assignment—to find Jade. When he does, emotions he never knew possible arise. For the first time in two thousand years, he curses his existence, knowing she can never be his. Will he sacrifice his wings for a woman he loves but can’t keep?

The war between good and evil is coming and the Elemental Sisters are prophesied to be the ones to tip the scales of victory. From the unique talents of J. L. Sheppard, Heavenly Desire takes us on a journey of loneliness, attraction, longing and even confusion as Clyde, a guardian angel is tasked with bringing in the beautiful Ashley to reunite with two of her long lost sisters. Scarred by her childhood both physically and emotionally, Ashley’s life hasn’t treated her kindly; she has trust issues and low self-esteem. There is no way what Clyde has told her could be true, but desperate for a sense of the family she lost long ago, they begin the journey that will change eternity. Angels do not “feel” emotions, they do not mate, but Clyde’s heart is saying Ashley is his, while his head tells him, “this is an impossible dream.” He cannot risk becoming a fallen one by forsaking his angelic commitments for a woman he must learn to live without, because surely the signs are there and she has already met her fated, eternal mate. Would YOU tempt the fates or the lords for the one you love?

Equal parts romantic, heartbreaking and just good old fashioned entertaining, Heavenly Desire has that special something that makes each turn of the page a gateway to emotional turmoil, danger, and forbidden passions. As J. L. Sheppard leads us through the maze she has created, Clyde is all a guardian angel should be, a divine protector, a friend and, well, miserably confused by these new emotions he is feeling toward Ashley. Ashley is a product of her past, but shows a vein of bravery and courage as she relies on instinct to use her abilities. You’ll laugh, you’ll swoon and you’ll fall in love with J. L. Sheppard’s world, her words and her characters, whose diversities are like a melting pot of the supernatural! Add this gem to your treasure chest of reading.

I received an ARC edition from J. L. Sheppard in exchange for my honest review!:)