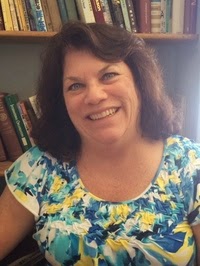 Author Bio: Linda Ulleseit was born and raised in Saratoga, California, and has taught elementary school in San Jose since 1996. She enjoys cooking, cross-stitching, reading, and spending time with her family. Her favorite subject is writing, and her students get a lot of practice scribbling stories and essays. Someday Linda hopes to see books written by former students alongside hers in bookstores.
Her first novel, ON A WING AND A DARE, was published in 2012. It is a Young Adult fantasy set in medieval Wales, complete with flying horses, a love triangle, and treachery. It’s sequel, IN THE WINDS OF DANGER, was released March, 2013. The focus of that book is the misty past of a groom and the murky future of a rider. The last book in the trilogy is UNDER A WILD AND DARKENING SKY, May 2014. It follows a brother and sister, new to High Meadow, who become involved in a plot to steal flying horses.

As a child, Linda always loved to write. She took her first creative writing course in seventh grade, accumulating a closet full of stories that she never showed anyone until 2007. At that time, she gave the first draft of a flying horse book to a teacher colleague to read. ON A WING AND A DARE began as a NaNoWriMo novel in 2009. It was revised with the help of reviewers on thenextbigwriter.com over the next two years. For NaNo 2011, Linda drafted the sequel, IN THE WINDS OF DANGER. NaNoWriMo 2012 brought the first draft of UNDER A WILD AND DARKENING SKY, and NaNoWriMo 2013 saw the completion of UNDER THE ALMOND TREES. This last is a historical fiction that follows three women who struggle for women’s rights in early California.

Linda has also written a novella titled WINGS OVER TREMEIRCHSON, released as an ebook in Fall 2013. It follows the story of Hoel and Neste, parents of a main character in ON A WING AND A DARE.
Follow Linda Ulleseit
Ulleseit@wordpress.com

Linda is willing to do interviews and guest blog posts as well as have her books reviewed. 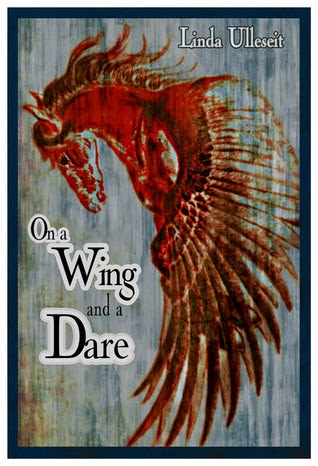 In Tremeirchson, a barn leader’s children are expected to follow their parents into the sky, becoming riders of the magnificent winged horses that are the medieval Welsh village’s legacy. Neither Emma nor Davyd, however, want to follow that tradition.

Sixteen-year-old Emma risks losing her family by following her heart. Eager to take her place in the air, she longs to ride a forbidden winged colt born in barn of her father’s biggest rival. She also dreams of the rival’s sons, not sure which she truly loves. Bold and exciting, Evan will someday lead his father’s barn. Davyd is quieter, more dependable, with an ability to get things done. Her father disapproves of both boys and pushes her toward an ambitious newcomer. He also insists she ride the colt he’s picked for her.

Davyd, also sixteen, is plagued with a secret—he is afraid of heights. Refusing to become a rider means public humiliation, his parents’ disappointment, and lifelong ridicule from his brother, Evan. He reluctantly prepares to join his family aloft in the Aerial Games that provide the entire village with its livelihood and tries desperately to think of an alternative.

As Tremeirchson’s barns prepare for the Rider Ceremony, winged horses suddenly start dying. Shocked, the adults hesitate, mired in tradition and politics. Is it a disease or poison? Accidental or purposeful? Someone must discover the answer and act before all the winged horses in the world are gone forever. 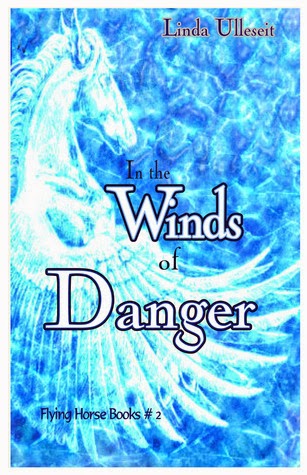 IN THE WINDS OF DANGER
Purchase
Amazon   Smashwords

Book blurb:
Nineteen year old Nia is shocked when she is secretly offered the leadership of Third Barn. This new barn full of flying horses will need someone confident, experienced, and innovative, so why are both warring factions pursuing an untried girl? Suspicious that both sides want a puppet instead of a leader, Nia races to discover their secrets before making the biggest decision of her life.
Some of those secrets are unknowingly buried in the disconnected memories of a young groom named Owain. Terror and guilt haunt Owain’s dreams – and then a face from his nightmare arrives in High Meadow. Owain looks for answers in his past and uncovers a dangerous plot that could doom High Meadow's future. How can he foil the plot and save his people as well as the winged horses? 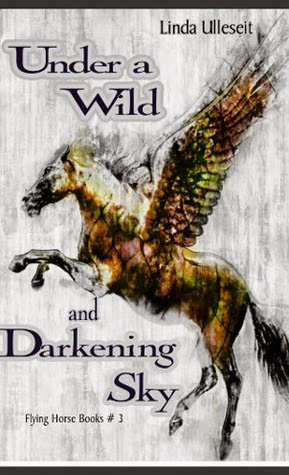 UNDER A WILD AND DARKENING SKY
Purchase

Link to Dii's Review
Ralf knows he must take over his father’s bakery, but is it wrong to want some adventure before he does? New to High Meadow, he is befriended by the beautiful and dangerous Branwen, who has her own goal—to entice Ralf to help her steal a winged horse and return it to Tremeirchson.

Meanwhile, Ralf’s sister, Alyna, dives into barn life. Becoming a groom to a winged foal is a lot of responsibility to the horse, to the barn, and to her father, who idolizes the wrong barn leader. Politics, greed, and revenge swirl around the teenaged siblings as they struggle to be true to their family and their future. 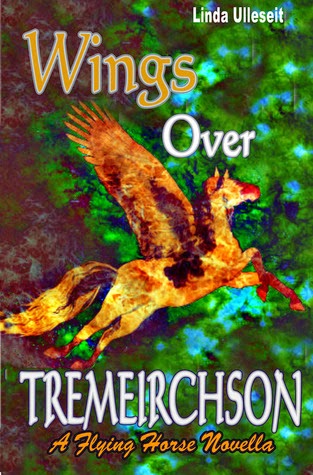 WINGS OVER TREMEIRCHSON (a flying horse novella)
Wattpad  Free on Smashwords
Book Blurb: Eighteen year old Neste rides a winged horse in Tremeirchson's Aerial Games and she is betrothed to the barn leader's son, Hoel. Life would be wonderful if Hoel wasn't so unpleasant to the other riders. Adam, on the other hand, is handsome and nice but a terrible rider. Together, Hoel and Adam are the perfect man. Obviously she can't have both of them. When Neste's winged horse is involved in a terrible accident, her life changes and she must make different choices about her future. Can she go against her father's dying wish that she marry Hoel? Can she forgive Adam? Can she make a life away from the barn and the winged horses she loves? 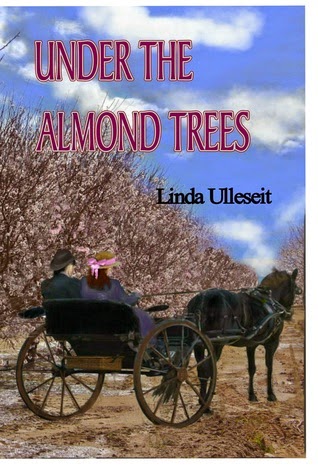 UNDER THE ALMOND TREES
Purchase

Link to Dii's Review
Under the Almond Trees is the story of my family – three ordinary women in California who lived extraordinary lives. It started with a falling tree branch that killed Ellen VanValkenburgh’s husband in 1862, forcing her to assume leadership of his paper mill, something women weren’t allowed to do. Women weren’t allowed to vote yet, either. Ellen decided that had to change, and became a suffragette. In 1901, Emily Williams , Ellen’s daughter-in-law, became an architect – very much against her family’s wishes. No one would hire a woman, but Emily would not be deterred. She and her life partner Lillian set out to build homes themselves. By the 1930’s women enjoyed more freedom, including the vote. Even so, Ellen’s granddaughter Eva VanValkenburgh chose a traditional life of marriage and children, even closing her photography business at her husband’s insistence. When he later refused to pay for their daughter’s college education, Eva followed the example of her Aunt Emily and reopened her photography business. I am proud to call these women family and honored to share their story.
Posted by Dii at 12:00 AM