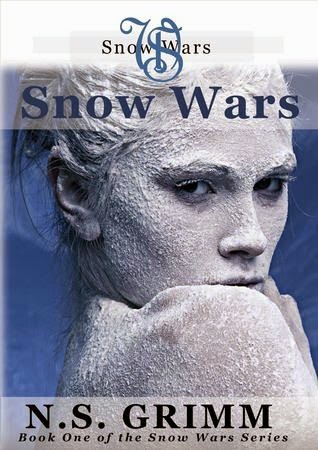 In a world covered by snow, where resources are scarce and love even more elusive, two young women hold the key to the mysterious death and contagious destruction surrounding their cave dwelling people. One side wants to keep these women alive and the other side wants to see them dead, but how can these young women tell the difference between the two sides? And what is the dark secret in their past that holds the key to the threats of today.
The sole survivor of a bloody genocide attempt, Iana runs for her life, but is there anywhere safe to run to? Daniel swore to his dying brother that he would protect the small Rambler and her family, but how can he help a young women who continually insists on putting her life in danger? As he binds her closer to himself and the secrets his life is involved with, Iana finds herself drawn to him in more than one way.
Snow Wars is loaded with contradictions and contrasts. It has tales within tales which shine the light on the characters that make up this frozen and dangerous world.

Grab your sub-zero boots, your winter survival gear, about a ton of either courage or crazy; you’re going to need it all. N. S. Grimm’s Snow Wars, is a “chilling” tale of survival in a world that may not be all it seems, the ones you trust the most may be the biggest deceivers and even nature has it out for you.

Iana is part of an elite team of well-trained warriors in her cave-dwelling world. It is their duty to go out into their frozen and snow-filled world to serve and protect. Her training was brutal in the hands of Daniel, who never gave her a break, never acknowledged her accomplishments and always found ways to try to break her spirit. But why?

A mission outside the Hive goes horribly wrong when Iana’s team is attacked and slaughtered, making her the sole survivor to report back to the leaders, but what she returns to stops her in her tracks, something is going on and danger she faces from her community is far more evil than anything in the outside world. Is there something in her past that the leaders fear? Can she trust Daniel with her life? If she can escape, where would she go and what revelations will she discover? Has her entire existence been a lie? What would happen to her family if she left them behind in the hive? So many lies, so many broken trusts, where can she turn? Perhaps only her instincts can save her now.

Way to go, N. S. Grimm! What a world! What characters! How did you make me feel every single thing? Was it your attention to every nuance, every action, emotion and conflict? From start to finish, N.S. Grimm’s world is intriguing, dangerous and quietly romantic. With a fresh look into a dangerous and dark world where your greatest ally could be your worst enemy, trust becomes a fantasy and freezing to death might be the easiest way to die, I was hooked, reeled in and flash-frozen from page one. Maybe next time you could take us somewhere a little warmer, I don’t mind sweating.

I received this copy as part of the Snow Wars Tour & Giveaway stopping at Tome Tender November 13, 2014.