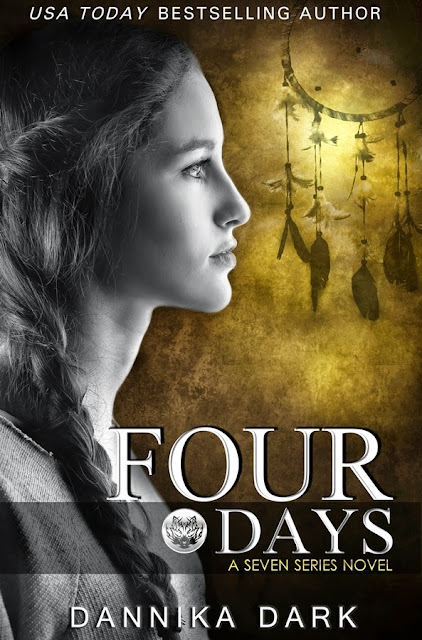 Blurb:
Ivy believes every life must have balance, and during the past year, she’s found harmony living with the Weston pack. When an evil spirit from her past threatens her wolf, it sets off a chain reaction of events that alters the course of her destiny.

Lorenzo Church is a powerful, wealthy Packmaster who rules his pack through intimidation and order. He has vowed to never love a woman because love can destroy an empire. But chaos is fast approaching in the form of a Shifter named Ivy—a Native American, like him, who has invaded his dreams since the moment they met. She is spirited, wise, and unattainable.

In an unexpected turn of events, Ivy must choose whether or not to let go of the one person she has always loved. Lorenzo discovers the root of her courage but will never win her as his mate unless he learns to listen to his heart.

It was the longest and shortest day and night of my life—one that was pressed in my memory like a rose in a book. He said he’d never allowed a woman to stay the whole night, and he definitely didn’t hold a woman as she slept. I also got the feeling he’d never shown this side of himself to anyone—drawing more than just pleasure from intimacy, but emotional comfort as well.

“Will you cuddle me while I sleep?” I asked when he stood naked before me, drinking a bottle of water.

“I’m one of the most respected Packmasters in the territory. I’ve killed men for disloyalty, and those who follow me do so out of fear. I don’t cuddle,” was all he said.

So my Thunder Wolf crossed his arms and lay on his back, watching me in the mirror above the bed as I rolled on my side and went to sleep. When my breathing became heavy and he thought I’d drifted off, he scooted close behind me and nuzzled his face against the nape of my neck. I took more pleasure in those secret gestures than when he kissed me while awake. I’d always known that the way a man treats a woman when no one is watching showed his true colors, but I’d never given it thought beyond that. There is something pure and honest in the way a man treats a woman when he thinks she isn’t aware. It shows the kind of man he truly is.

Now I knew with absolute certainty that despite his stony presence and arrogant superiority, he possessed a compassionate heart. Lorenzo Church was a man with two sides to his life, like a coin.

One I wished I could keep in my pocket.

This is the segment where you learn a little more about who I am, so here's what I can tell you:  I drink copious amounts of vitamin water placed precariously close to my laptop while writing. These are two healthy habits I have no intention of breaking. I'm a transplant living in the south, but I was born in the 70's to a military dad who moved us around the world.

When I'm not writing (which is all the time), I'm hunting down Indie music, watching movies, reading, eating Tex-Mex, discovering new ways to humiliate myself bowling, and burning up my laptop battery on the Internet. I have a relaxed, easy-going personality and don't like drama. I live with a cat who thinks she is a dog, or a goat (she eats plastic, so I'm not sure which).

Throughout my life, I've had insomnia. Counting sheep never worked and eventually I would imagine those sheep were the sole source of food after an apocalyptic battle where only thousands survived. I made up stories in a futile attempt to bore myself to sleep. The problem was, I got so wrapped up in my "head stories" that I would continue them through the following nights, changing it up each time to make it more exciting. Eventually, I started writing my ideas down - creating short stories, and then I discovered my love for poetry.

It's almost embarrassing how many spiral notebooks and stacks of paper I have of poetry and lyrics.

Another passion: digital art. I design all my book covers, marketing, and series art. I'm a very visual person and pursued photography as an avid hobby for many years.

I am not a YA author (I feel like I have to state this only because I've had a few people ask), but I think it's wonderful there are so many books available to teens in Urban Fantasy and Paranormal.

I am finally doing what I have always wanted to do: giving my characters a pulse through writing full time. I focus on adult urban fantasy romance, but I don't like labels and I enjoy blending genres to break out of the confines of predictability.

But it's what I love to do.

You can stalk, I mean find Dannika here: