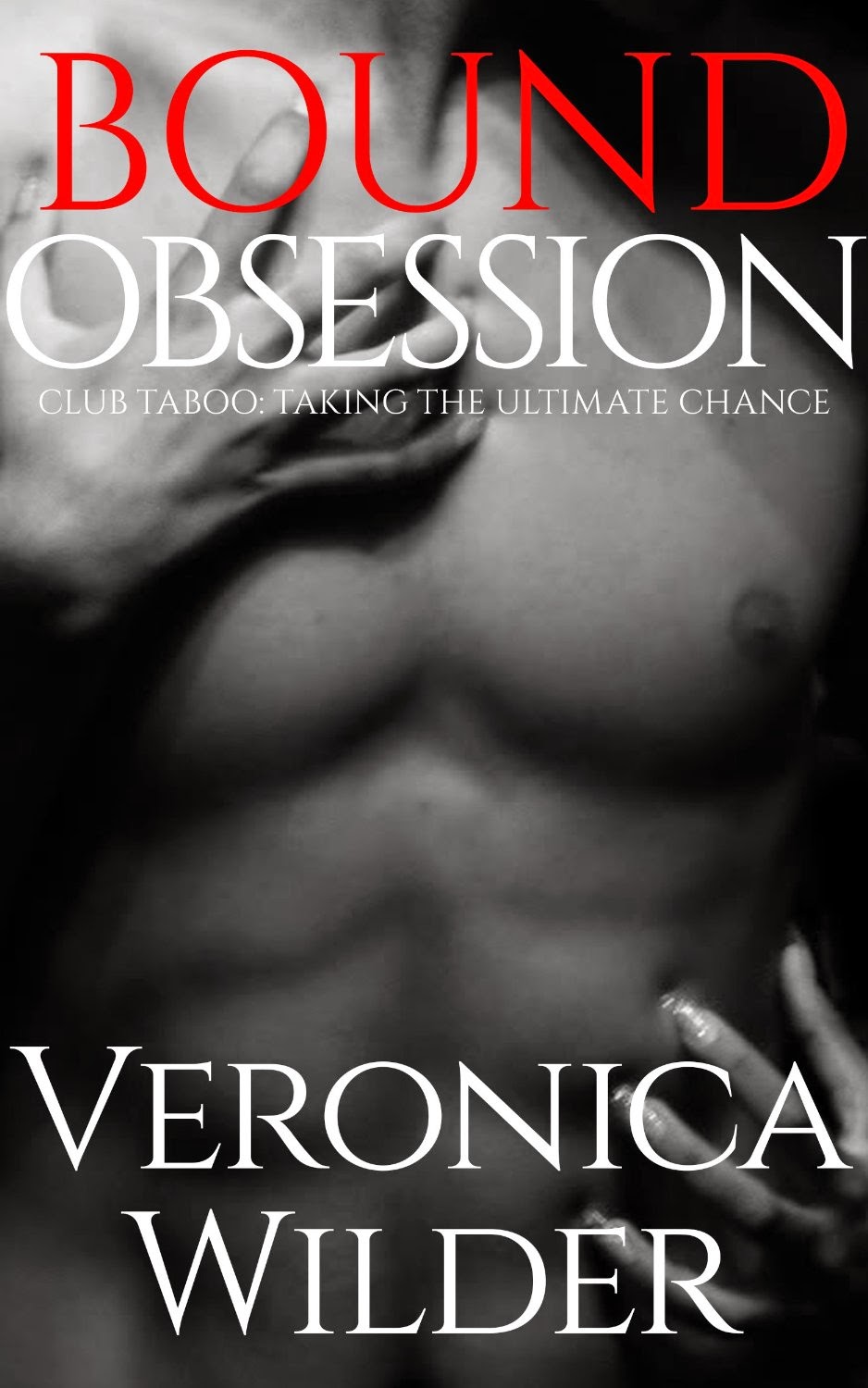 Abigail Fuller is flat broke and terrified. Heeding the advice of her best friend, she enters Club Taboo in the role of a full-service escort.
Catching the eye of Patrick Dorson, she is swiftly driven into a world of pleasure and pain. But will Patrick's rival claim her for his own? Or will her new lover's jealous nature spoil any chance at happiness?
Warning: This BDSM/Adult Age book is only for ages 18 and up.

A down-on-her-financial-luck girl, a friend with an “in” on how to make big money and a hidden world of sensual pleasures and desires make for a sizzling read as Veronica Wilder introduces us to her new series, Club Taboo with the lead off novel, Bound Obsession.

Abigail was on the verge of losing her apartment. Mariah gave her an answer to her troubles, by showing her the world of BDSM and the men willing to pay for the privilege of acting out their fantasies. What Abigail discovered was a world where she found inner freedom in bondage and submission, and she liked it. Enter Patrick, a Dom who is taken by Abigail and her obvious inexperience, yet refreshing and genuine response to the lifestyle. As they grow closer and Abigail learns to trust Patrick with her body, another Dom with a cruel streak and a hatred for Patrick is determined to come between their relationship. Is it possible that emotions are becoming a part of the mix? Does Patrick’s jealousy mean he has deeper feelings for Abigail, just when she has realized he means more to her than he should? There is pain that brings pleasure and pain that is punishing, is Abby about to learn the difference the hard way?


I received this copy from Veronica Wilder in exchange for my honest review.