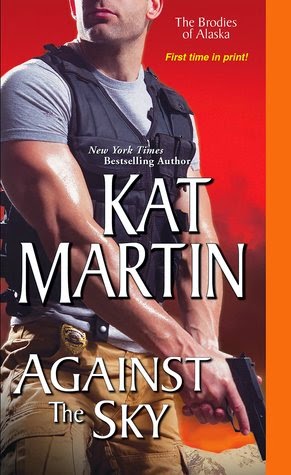 Against the Sky
by Kat Martin

ALASKA
In America's last wilderness, there are no limits to what a man can do.

For detective Nick Brodie, that means keeping the perps off the streets of Anchorage 24/7. Nick has never backed down from danger, but after the horrors he's seen, he's definitely in need of a break.

Samantha Hollis never thought she'd meet anyone like Nick, especially in a place like Las Vegas. But after one reckless, passionate night, she discovers the charismatic stranger is everything she wants in a man. But can he ever be anything more than a one-night stand?

When Nick invites her to Alaska, Samantha decides to find out, never guessing the depths she'll discover in him or the tangle of murder, kidnapping, and danger about to engulf them both...

My Review
Against the Sky by Kat Martin

Kat Martin brings us another Brodie to stare in awe at. Nick is a detective; he’s seen more evil than he cares to think about on his job. A brief trip to Vegas is just what he needs, but he wasn’t prepared for Samantha Hollis or what would become of their hot, one night stand. When the big alpha male invites the strong-willed lady to Alaska, Samantha decides this could be an adventure. She had no idea…aside from discovering she does not want to be stranded in Alaska, murder, mayhem and the Russian mob are sorely testing both of their resolves, just to stay alive. Can Nick protect Samantha? Can Samantha let him? Will love conquer the great divide between a city girl and a warrior who likes his terrain as tough as he is?

Against the Sky by Kat Martin sizzles enough to melt a polar icecap. She allows these two polar opposite to find that elusive chemistry that the world craves, but their differences present enough of a challenge that one wonders I love can conquer all or not. Kick in the suspense and danger from the Russian mob and voila! Romantic suspense! Sure, Samantha was out of her element, to put it mildly, but I almost offered to buy her a ticket out!

What Makes a Good Setting for a Story? 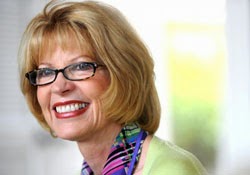 On January 27th, the second book in my Brodies of Alaska trilogy, AGAINST THE SKY, stories about the rugged Brodie brothers, is being released.
Though I usually start with either the plot or the characters, with these stories, the setting was an essential element, part of the plot before the novel was even conceived.
It all began with a month-long trip my husband and I recently took to Alaska.  It was the second such trip, both of which involved traveling cross-country, staying in a tiny pickup camper.
Every day spent out in the wide open spaces filled my  head with story ideas.  By the time we got back, I had the rough outlines for the Brodie brothers, Dylan, Nick, and Rafe, hot, rugged, outdoor hunks, and the women who tame them.
In AGAINST THE SKY, Nick Brodie is a former Anchorage homicide detective with a serious case of burnout.  He wants a new life, something that doesn't include blood and death.  Unfortunately when his neighbor, twelve-year-old Jimmy Evans, comes to him beaten and battered, claiming his father was murdered, Nick has no choice but to help him.
To make matters worse, Nick has a lady friend visiting from San Francisco.  Samantha Hollis, owner of the Perfect Pup pet grooming parlor, isn't cut out for the harsh life in Alaska.  Unwillingly swept into Jimmy's problems, she finds herself on a wild ride with Nick that leads them into passion and terrible danger.
Since I live in Montana, I was familiar with the mountain setting and much of the wildlife, but there is no place on earth like Alaska.  The beauty of the landscape filled my senses and the people I met along the way gave me ideas for some of the interesting characters who appear in the books.
To help orient myself to different locales, I use Google Maps extensively.  They have street maps, street cameras, satellite views, and still photos, all of which help me remember what certain places look like or help me see areas I haven't seen before.  Pretty amazing stuff.
Actually going there, of course, is the best way to chose a setting.  For me, there are places I couldn't write about without actually going there.  Alaska was one of them.
We spent a couple of days in Anchorage, where Nick worked as a cop, and visited the areas around it.  Nick's small house at Fish Lake was based on an area called Big Lake about an hour away from the city.
I do my best to choose a setting that fits my characters.  I try to pick fun, interesting spots so the readers will have fun with the story.
I hope you enjoy my Alaska hottie, Nick Brodie, along with city girl, Samantha Hollis, in AGAINST THE SKY, and watch for Rafe in AGAINST THE TIDE.  Till then, very best wishes and happy reading, Kat

When Lane and Dylan work to solve the mystery, they discover a legacy of injustice and murder.  With danger stalking their every move, Dylan must risk everything to save Lane and his daughter and uncover the truth--before it’s too late.