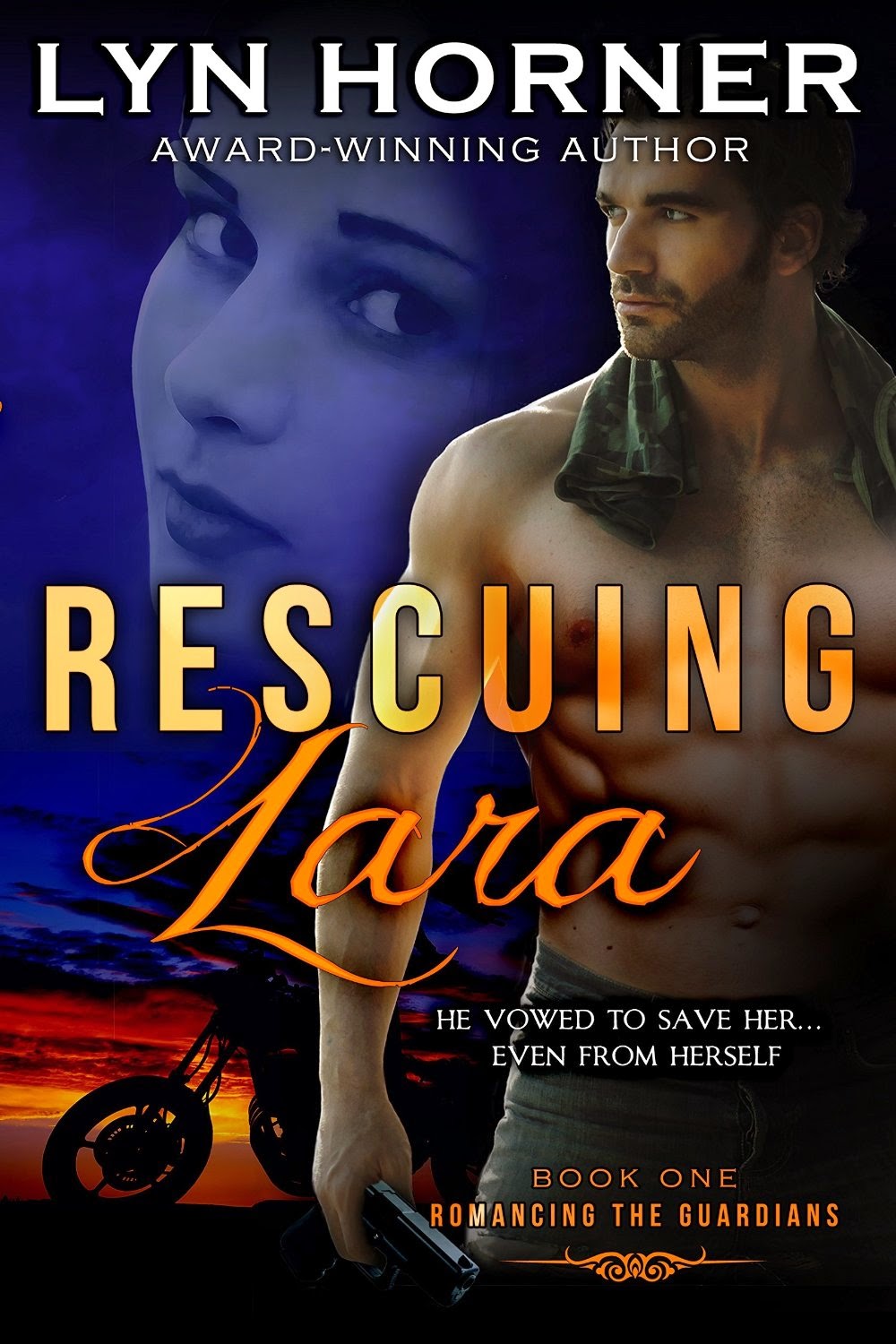 Link to My 5 Star Review

Series: Romancing the Guardians - Book 1
Publication Date: December 21, 2014
Publisher: Lyn Horner
Genre: Romantic Suspense
Print Length: 180 pages
Available from:  Amazon |  Barnes & Noble
Add to Goodreads
Synopsis:
Lara Spenser is running for her life. She guards a treasured relic from ages past that no one outside a select group is supposed to know about. Yet, an evil one has learned of its existence and his minions are hot on Lara’s trail. Although she has escaped to Ireland and is living under an alias, her special sixth sense tells her the “Hellhounds” are growing near. Injured in a car wreck that killed her beloved uncle, she is desperate for someone to act as her bodyguard.

Enter Connor O’Shea, ex-Special Forces soldier. Now the foreman for a crew of oil and gas well firefighters, Conn is on an extended vacation after a devastating explosion on his last job. Out of curiosity, he answers Lara’s ad for a “strong chauffeur” and takes on the job of guarding her temporarily.

Conn has his hands full, not only keeping Lara safe but also trying to help her recover from deep physical and emotional wounds. As days and weeks pass the two grow closer and romance blooms, but their tenuous peace is shattered one terrifying night by Lara’s pursuers. Conn may prove his ability to protect her, but can he help her fulfill her destiny as High Guardian of apocalyptic secrets? Can he rescue her from the soul-deep pain that holds her prisoner?

Find the answers in Rescuing Lara, book one in this tantalizing series, Romancing the Guardians.


Meet Lyn Horner
1. Your novels combine strong themes, such as Western Romance and the paranormal, the formula seems to be popular!  How did you decide to add that special touch of magic to your already delightful romances?

Thanks for describing my stories in such lovely terms! To answer your question, I wanted to write something a bit different, even from other paranormal westerns. There have been oodles of time travel historical romances, including westerns. I chose to feature psychic phenomena to unify my Texas Devlins series and make the stories stand out in the crowd.

Beyond that, I strongly believe in ESP, having experienced one form of it myself. I had prophetic dreams several times while expecting my first child. For example, I once dreamt the grocery store where my husband and I shopped was on fire. The next day we learned a store in the same chain had burned to the ground over night. I’ve since read that such dreams are not uncommon among pregnant women. It probably has to do with hormonal changes that unlock parts of the brain most of us don’t normally use. At least that’s my theory.

2. If you could travel through time, what era would you like to go to?

Honestly, I’d like to travel forward in time rather than backward. I would love to see mankind explore the universe (I’m a longtime Star Trek fan!) and reach a point where we stop fighting among ourselves. It would also be nice to see this beautiful planet we call home free of pollution and safe for all species to live in harmony, although I greatly fear that may not come to pass.

3. Tell us three things people will not know about you-likes, dislikes, an event in your life, funny, memorable, anything.

That’s easy to answer. One of the most memorable events in my life was a tour of Scotland and Ireland several years ago. It was a whirlwind group tour, but so awe-inspiring. The Scottish Highlands, Loch Ness and Edinburgh were all I dreamed of and more. As for Ireland, well, it’s just as green as people say, and the Ring of Kerry took my breath away. That’s why it plays an important role in the first part of Rescuing Lara. I simply had to have Conn O’Shea take Lara on a motorcycle ride around the Ring so I could describe the wondrous sights. 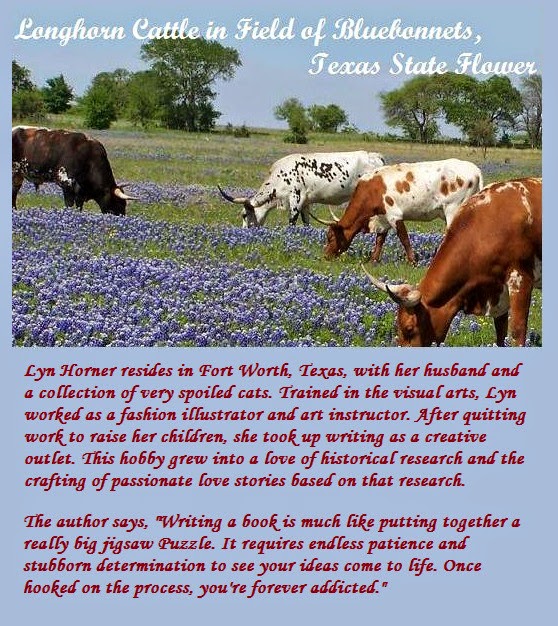 Other Books by Lyn Horner

Six Cats In My Kitchen


Coming in June, 2015
DECODING MICHAELA
Romancing the Guardians Book Two - Watch for it!!

a Rafflecopter giveaway
Posted by Dii at 12:05 AM