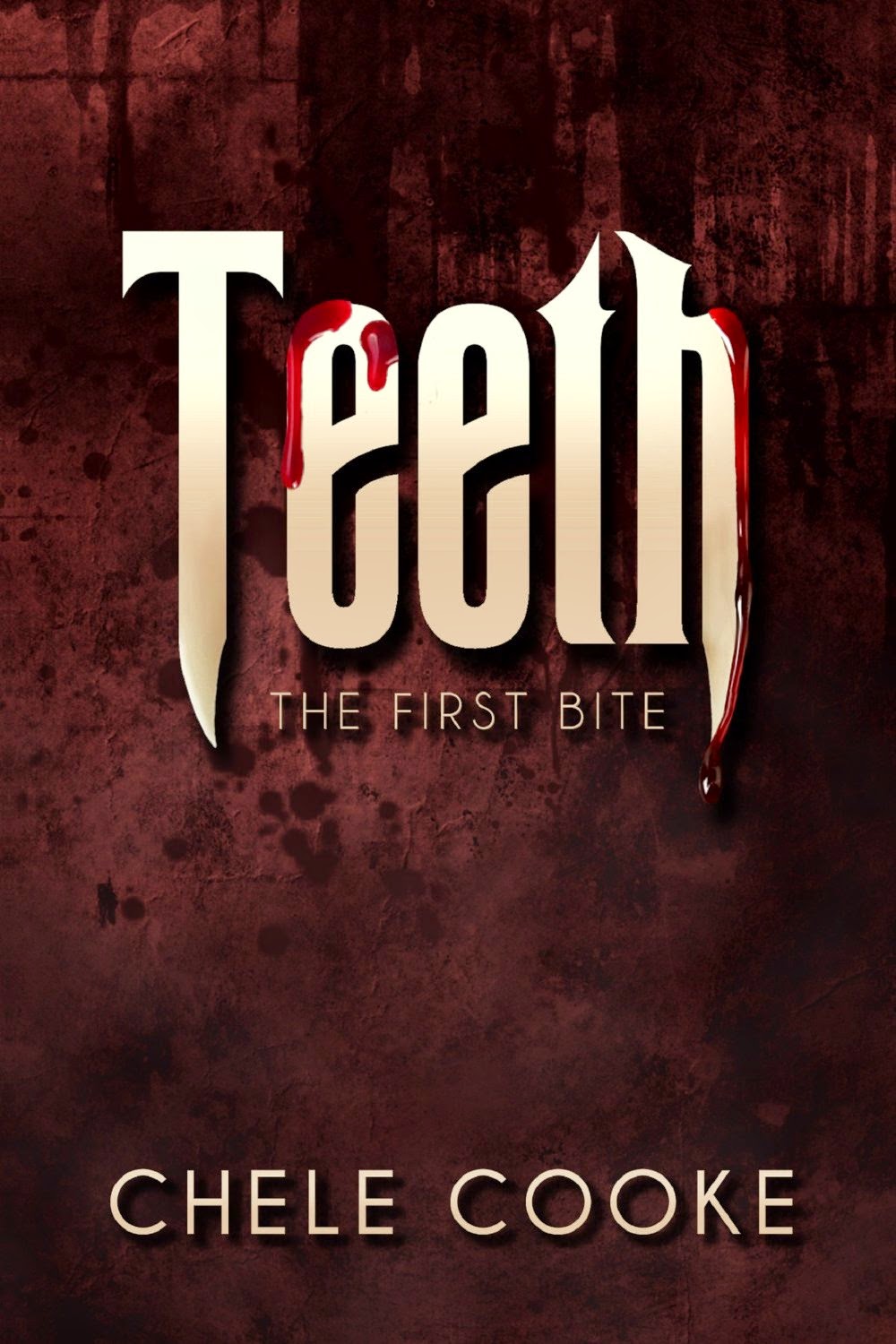 Medical intern Thomas awakes in a blood-drenched basement and the realisation that his life must change forever. After all, how can he practise medicine when the smell of blood turns him into a vicious killer?

Spencer thinks being a vampire is better than any teen movie made it out to be. Now he must train Thomas and make his mentor proud.

One mistake risks more than either are willing to lose, and a single broken law could turn them from predators to prey.

My Review
Teeth by Chele Cooke

Move over fluffy vamps who sparkle, step back dark denizens of the night, Chele Cooke is out to make her “mark” in the paranormal world with Teeth. Remember back in the day, when you woke up after partying a little too hardy? Did you find yourself in a strange bed? (Hey, I’m not going to tell.) That is exactly what happened to one medical student/party boy, but what he woke up to made his worst nightmare seem like a trip to Disney. Blood, blood, and the body the blood was coming from and it smelled good? How barbaric! For Thomas, it was the end of his medical career and the beginning of his life as a vampire. Is he ready to give up everything he ever knew for something he didn’t want or will he adjust and learn the “rules” of Vampire 101?

Spencer is assigned to teach Thomas the ropes and August is the dark one, the one everyone goes to for leadership, although officially he is the enforcer, the one who does Charles’ bidding, who assures the nasty business of all things ‘vampire’ get taken care of, no matter how gruesome.
Told for the most part from the perspectives of Thomas, Spencer and August, this tale is splattered with some violence, blood and gore told in graphic detail. I shuddered more than once, not because it was too much, but because it was well done.

There is a secret agenda and it concerns the ancient leader, Charles, is he still leader material? Has someone been biding their time to overthrow the regime?

Thank you Chele Cooke for your wicked sense of humor and your ability to paint a fresh, if gritty take on the paranormal world. For a while now, vamps have lived in the past, thanks to Ms. Cooke, we have the 21st century version to forward to in her new series. Deceit, danger and loyalties still get top billing, but that little touch of romance softened the edges while the attitudes and dialogue dripped with magnetic charisma. Dress for danger, cover your necks, grab your silver, we going out tonight to the darkest side of town with Chele Cooke’s Teeth. Catchy title, eh?