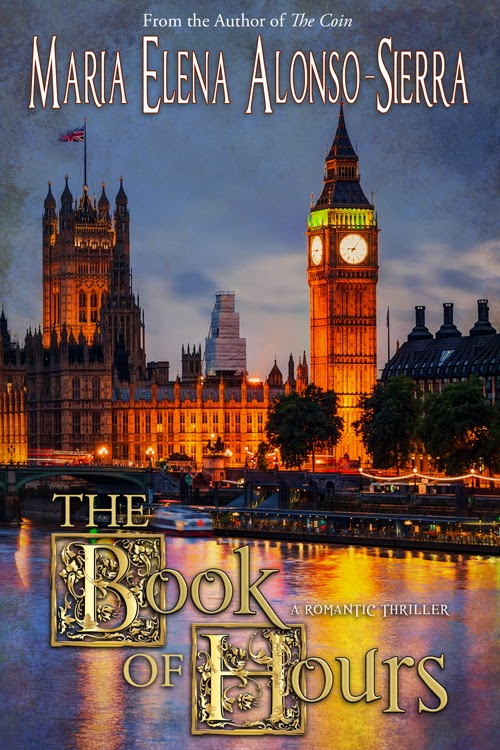 The Book Of Hours

Sysnopsis:
For artist Gabriela Martinez, psychopaths do strike twice. In The Coin, two star-crossed lovers were cruelly used by fate—and now, in The Book of Hours, destiny isn’t done.

Back then, Gabriela almost lost her life to a psychopath hoping to claim her artwork, her career, her body, and her love. If not for Richard, the operative sent to protect her, she would have fallen victim to his twisted vision.  The dramatic showdown pushed Gabriela and Richard together, even in the face of countless obstacles.


With someone new threatening Gabriela's life, Richard will risk everything to protect the woman he loves.  But with a new villain on the horizon, bent on possessing Gabriela's latest work no matter what it takes, she is forced to fall back on old friends, including the man who changed her life not so many years ago.

With an even more dramatic threat looming, and far more to lose, if they don't stay one step ahead of the danger, their lives, their love, and their future may very well go up in flames.

THE BOOK OF HOURS Purchase Links

Direct From the Author

Excerpt:
Gabriela’s body stilled at the soft sound of her name. For a moment, she stood listening, then shook her head like a wet dog shaking off water. You are such a fool, her mind supplied. Disgusted, she stabbed at the cerulean blue on her palette. Her mind had deceived her yet again. She slobbered the paint on the canvas, realized what she had done, and hissed. Since agreeing with Jean-Louis to call Maurice later that evening, she’d been a nervous wreck. Throughout the noon hour, her brain had staged all sorts of encounters with one infuriating, unforgettable man. Like a dutiful stage manager, her mind had supervised every possible scene, every possible emotion under its tutelage. She’d jumped from rage, to indifference, to haughtiness, but longing had finally won, hands down. No matter how hard she tried to avoid it, she could never escape the terrible need she felt for him, a need that went deeper than the instinct to breathe.
The lyrics from the song she’d impulsively put on swirled around her, teased her. The singer, in his soulful tenor voice, sang about the moment of encounter with his beloved, anticipation heating his blood, nerves tingling in expectation of the seduction. His words mimicked her own guilty longings, her desires. Oh, God. How would she ever get through this day? How would she find the courage to do what must be done?
“Gabriela.”
This time the voice penetrated, took form. It called out to her, familiar and unmistakably real, a living entity that caressed her skin and raised goose bumps on her warm flesh. This was no figment of her imagination, no mistake. She felt him, her nerve endings suddenly electrified, awareness shaking her. Panic sent her heart scurrying. Hope and love made her turn around slowly, ever so slowly.
She blinked, thinking her eyes were deceiving her, but Richard’s tall frame stood static before her, his chestnut hair combed by the soft breeze, his eyes intense, pinning her and caressing her all at once. The embers of irrational hope fanned to life like a conflagration. For an unguarded moment, her eyes reflected her hope, her joy, but especially her hopeless love for him.
Richard watched those powerful emotions play across her face and relief slammed him. Gotcha. She’d always had such an expressive, beautiful face. Now, no matter what she did, but especially said, he would know the truth. The love was there, and it flared like a beacon. 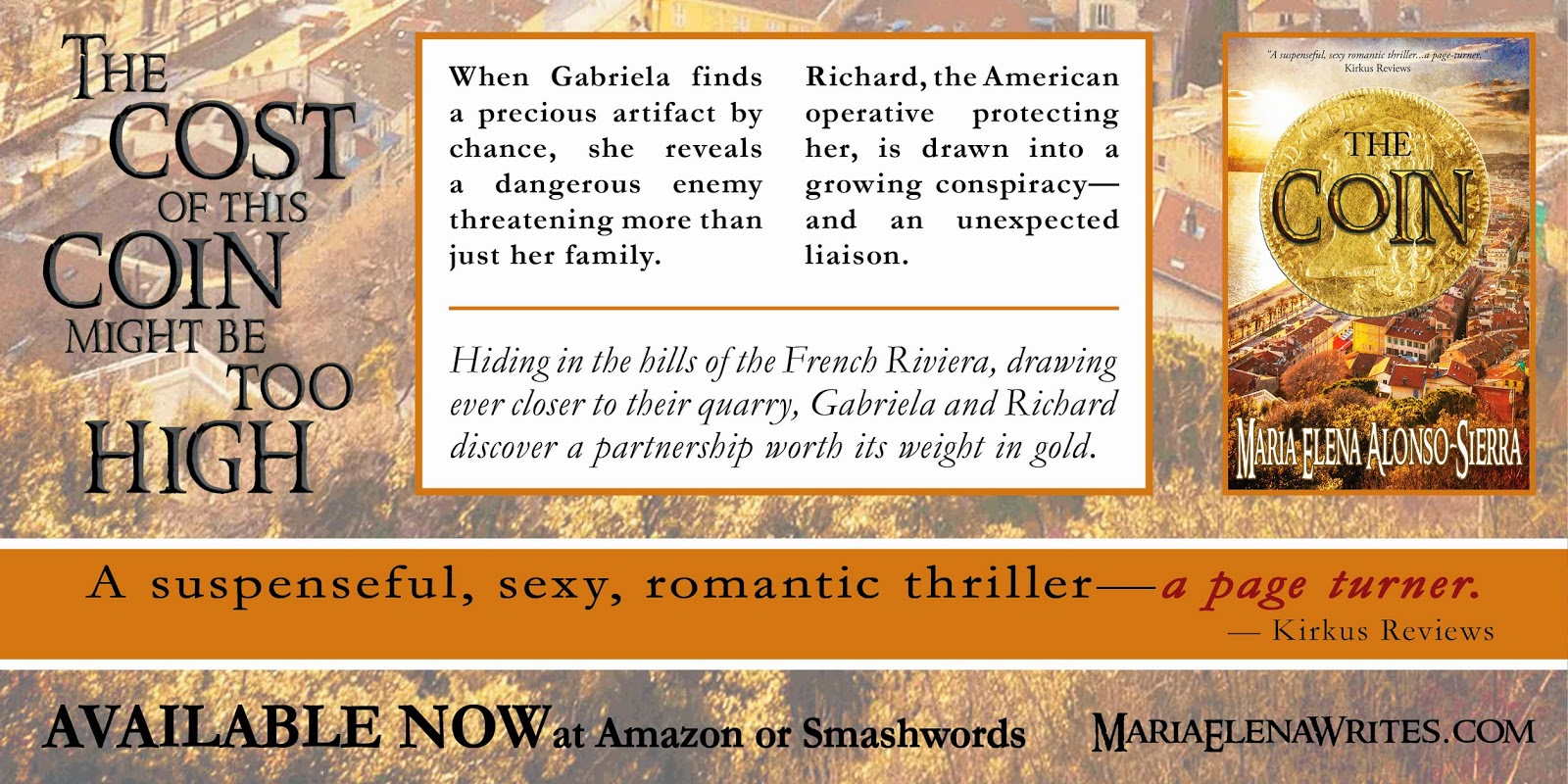 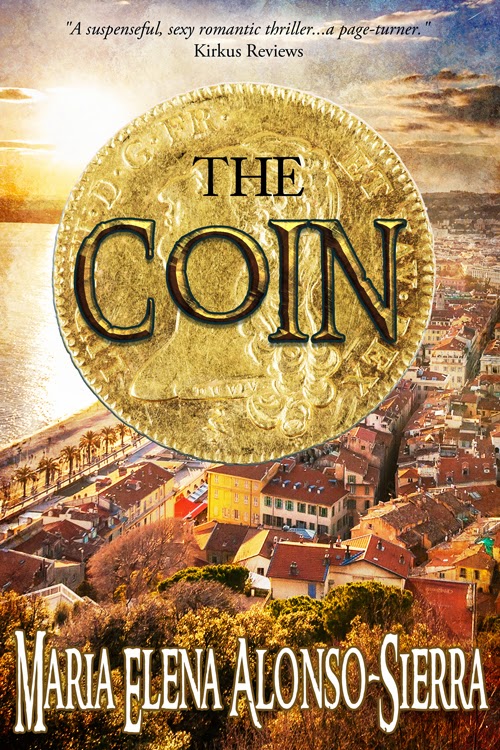 THE COIN
by Maria Elena Alonso-Sierra

Synopsis:
The cost of this coin might just be too high... When Gabriela finds a mysterious coin in the French Riviera, she is thrust into a struggle between governments, terrorists, and madmen, all seeking vital information she doesn't know she has. Richard, the intelligence officer assigned to protect her, has all he can do to keep her safe--and keep the stirrings of his heart from endangering them both. 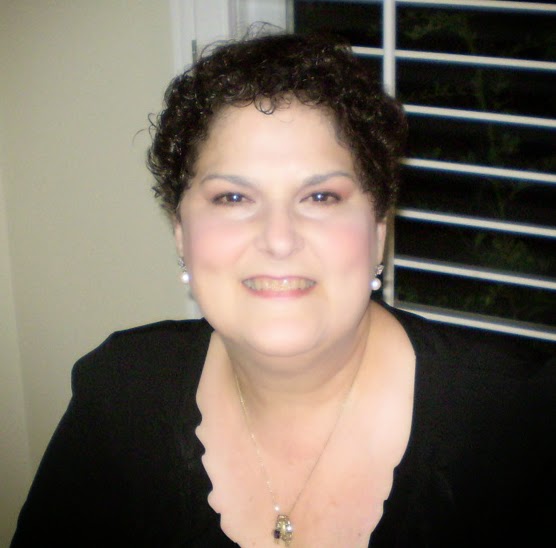 Maria Elena Alonso-Sierra is a full-time novelist based in North Carolina. With Cuban roots, she has lived in many countries, including France, the setting for her first novel, The Coin. She speaks English, Spanish, French, Italian, and German, and reads Latin, Middle English, and old French. She holds a Masters in English literature, specializing in medieval romances, and is currently an active member of the Carolina Romance Writers. She loves to hear from her readers, and always hopes to open a dialogue with her fans.

THE COIN
and
THE BOOK OF HOURS
by Maria Elena Alonso-Sierra
Starts February 12 - February 26, 2015