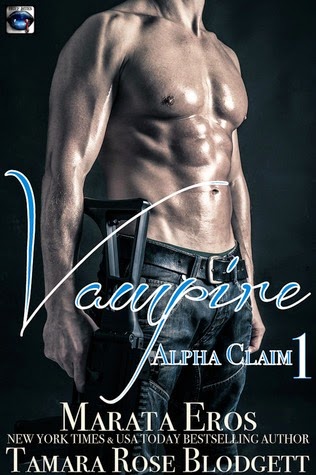 Narah Adrienne is a bounty enforcer in the near future. She runs the seedy side of her game, capturing criminals too dangerous for the local law enforcement. Using unorthodox methods, she finds herself in the crosshairs of the Magistrate for too many allowable kills for the quarter.

Aeslin is part of an elite vampire squad of Turners. A rare sect of vampire scouts who possess the ability to find women with enough undead blood to be turned into full vampire. As the numbers of supernaturals dwindle, it is the hope of the Nobles that extinction can be a thing of the past with female hybrids.

In a race against time and common enemies, can Aeslin find the one female who is meant to be turned and also his parallel soul? Or will the fabled carrot the Nobles dangle turn out to be a lie perpetuated by desperation?

In a world where humans, hybrids and supernaturals all exist, one tough female bounty hunter fights against the darker side of life, where even law enforcement fears to tread. The odds seem stacked against her because of her size, but where overpowering brawn does not exist, Nahra uses her brains and determination to capture, kill or defeat her targets. Are her methods sometimes over-the-top? Sure, but she gets results, although perhaps she could be a little less lethal, as there are legal kill limits and Nahra has been an “overachiever” and crossed the line, a few too many times. She is being called before the magistrate for punishment, but first she needs to actually make it there and it seems there are two beings determined that she won’t. Are they both evil or is there more happening than meets the eye? Will Nahra’s career come to a screeching halt? Will her life change in too many ways to count?

Tamara Rose Blodgett and Marata Eros are like the Doublemint Twins of Dark Paranormal Romance and Urban Fantasy! Two styles in one! Seriously, having read each style from TRB/ME, why they haven’t combined forces before is beyond me. The tension, the dialogue and the characters scream to be noticed, while the plot comes to life and practically engulfed me completely. The attitude and dialogue of Tamara Rose Blodgett and the dark tension and bite of Marata Eros, a win-win for readers who like strong women and great storytelling! There is no doubt that this dynamic duo is a force to be reckoned with in the fantasy world!