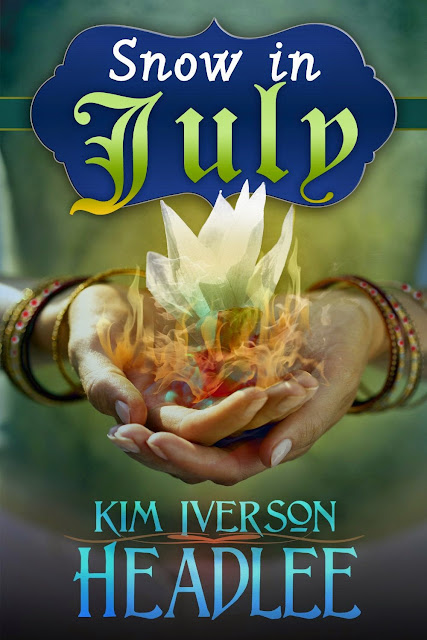 Sir Robert Alain de Bellencombre has been granted what every man wants: a rich English estate in exchange for his valiant service at the Battle of Hastings. To claim this reward, the Norman knight must wed the estate's Saxon heiress. Most men would leap at such an opportunity, but for Alain, who broke his vow to his dying mother by failing to protect his youngest brother in battle, it means facing more easily broken vows. But when rumors of rampant thievery, dangerous beasts, and sorcery plaguing a neighboring estate reach his ears, nothing will make him shirk duty to king and country when people's lives stand at risk. He assumes the guise of a squire to scout the land, its problems, and its lady.

Lady Kendra of Edgarburh has been granted what no woman wants: a forced marriage to an enemy who may be kith or kin to the man who murdered her beloved brother. Compounding her anguish is her failure to awaken the miraculous healing gift bequeathed by their late mother in time to save his life. Although with his dying breath, he made her promise to seek happiness above all, Kendra vows that she shall find neither comfort nor love in the arms of a Norman…unless it snows in July.

Alain is smitten by Lady Kendra from the first moment of their meeting; Kendra feels the forbidden allure of the handsome and courtly Norman "squire." But a growing evil overshadows everyone, invoking dark forces and ensnaring Kendra in a plot to overthrow the king Alain is oath-bound to serve. Kendra and Alain face a battle unlike any other as their honor, their love, their lives, and even their very souls lie in the balance.

Nothing feels quite so romantic as traveling back in time when knights had honor and would brave anything for king and country. And the women? Few were as gentile and fragile as we would like to believe. When a Norman knight is promised the hand of a Saxon lady as part of his reward, they both have misgivings, he for failing to keep a promise, she for detesting the thought of belonging to a countryman of her brother’s killer. Duty is duty and both are prepared to do whatever they must. But Alain cannot stand by as neighboring villages and estates are plundered and people are dying, and hence begins a tale of subterfuge, evil, betrayal and even a touch of magic. Yep, everything a good romance needs is all here in Snow in July by Kim Iverson Headlee.

There is evil afoot and it creeps up slowly, as Kim Iverson Headlee slowly draws us deeper into her tale. The centuries are peeled away and technology is replaced by determination and the strength to survive. Smell the fresh breezes, feel the mud and rain and learn to accept it all as being part of a life where war is up close and personal, man to man, sword to sword and death could be just around the corner. Ms. Headlee adds her own light twists of magic or sorcery and her world feel real, alive, and puts one’s senses on high alert. The crowning spark comes from the title itself, as its meaning becomes clear through Ms. Headlee’s brilliant imagination and subtle sense of humor. Gripping, intriguing and with a slightly different flavor, this historical romance is in a full gallop from the starting gate to the finish line with a cast of characters that feel like a part of history we can only dream about.

I received this copy from Kim Iverson Headlee in exchange for my honest review.