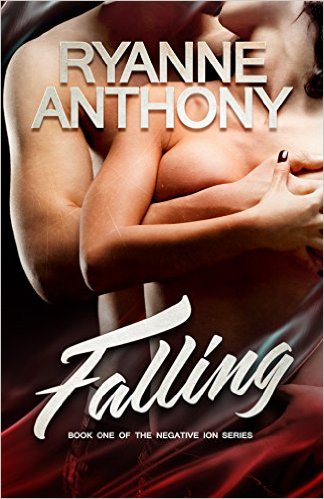 With friends and siblings like hers, Kimber Forrest felt like all she had were enemies when dealing with her fractured love life…


Kimber wanted to be a lawyer almost as much as she wanted Roland Sampson, her older brother’s best friend. After pining for him for two years, Kimber finally accepts that to Roland, she will always be “his best friend’s kid sister” and nothing more.

During her first year of college, Kimber meets Samantha and her twin, ultimate bad-boy Jaxen Malloy, drummer for Negative Ion. Tatted. Muscled. Beyond gorgeous. Soon Kimber finds herself forgetting Roland and thinking only of Jaxen, much to Samantha’s disappointment. Like Kimber’s brother, Samantha wants Kimber as far away from Jaxen, female enemy number one, as possible since she knew all Jaxen would do is viciously hurt her. Not this time, Kimber insisted. Well-schooled on Jaxen’s reputation, Kimber decides to take what she can get, and ignore all the warnings to stay away from the handsome bad-boy.

Will Jaxen ever think of Kimber as something other than his “annoying” sister’s friend or could he possibly be falling for her, too? Kimber hoped so and, to find out, she was willing to take the risk of Jaxen breaking her heart… and soul.

Kimber has had a crush on her best friend’s bad boy brother ever since she laid eyes on his gorgeousness. His air of danger, his swagger and his bad boy personae were no deterrent to the 22 year-old virgin.

Jaxen’s cold demeanor towards her and his general haughty attitude were no deterrent, either. She wanted him. Only in a perfect world would he want her back, but when he did, when he claimed he loved her, she found her own piece of Heaven on Earth. He was gentle, caring, carefree and he even laughed. He refused to take her virginity unless the moment was perfect, a huge act coming from a manwhore whose motto was love ‘em and leave wanting more. Their time together had an expiration date, Kimber was going East for law school and then it happened. The night she went to him to say she was staying, that they could be together and that she had more news for him, he became a monster and brutally beat every shred of her self-esteem, her love and her heart into the bowels of despair. He lied, he didn’t love her and she was alone to pick of the shards of herself and move on with life, sadder, wiser and crushed.

Ryanne Anthony’s Falling is dark romance between a sweet young woman and the clichéd bad boy who went beyond what was necessary to crush her. Kimber and her family are a fascinating group with their won issues, but they share love and the support of each other. Wonderful supporting characters brign so much love to this read, without them or the subplots woven within, this story would fall flat as another twisted egomaniac topples the garden of love in one woman’s heart. Ryanne Anthony wrote with brutal frankness, stark clarity, yet treated the romance with a hint of hearts and flowers.

What makes this a five star read is the quality of the writing, the fact that the author yanked me so far into her tale that I had emotional connections with the characters. No matter the reason, which we are currently unaware of, Jaxen’s actions were beyond brutal, unhealthy and meant to injure. For me there would be no justification or second chance for a person so callous. I was flabbergasted by the ending, it came to halt like the sound of a needle scraping across an LP record. The moments of joy and humor were shining beacons in a tale filled with the pain of losing in love.

I received this copy from Ryanne Anthony in exchange for my honest review.