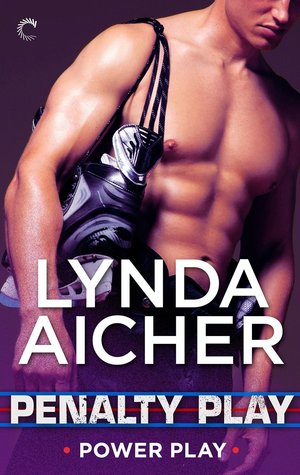 Minnesota Glaciers’ starting defenseman Henrik Grenick is good at two things: hockey and sex. He’s got it all—the career, the biceps, the babes. But the steady parade of women through his bedroom just leaves him wanting more, hunting for the next distraction. Until he meets Jacqui, who awakens a hunger he never knew he craved.

Fiercely independent Jacqui Polson has no time for the seductive hockey player demanding her attention. More band geek than bimbo, she’s in an entirely different league, and growing up with four hockey-crazed brothers left her with no interest in that world. But damn, Henrik’s hot. And when it comes to sex, Jacqui knows exactly what she wants.

As their relationship moves beyond games, Henrik needs more—not just of Jacqui’s touch, but of her. Jacqui discovers there's more to Henrik than just the gruff facade. But after a lifetime of fighting their own battles, neither has ever let anyone get so close. As they soon find out, needing someone isn’t a weakness, it’s the only thing that matters…

There is one thing Henrik Grenick doesn’t do well…being alone. When his latest fling walks out Henrik knows he yearns for something more.

A chance encounter in a music store brings the fiery Jacqui Polson to Henrik’s attention. She seems to be everything he’s dreamed of in a woman. But Jacqui’s past has made her harden her heart toward a relationship with anyone else. Sure she wants Henrik but can she afford to let him in?

This was a wonderfully endearing and heartfelt story of love. Each person comes with back baggage and we get a front row seat as the relationship evolves.

I found the story predictable but still magnetic. I was held by the characters that were written with realness that you can’t fake.

This was the perfect summer beach read, highly entertaining, touching and a great HEA.

I received this ARC copy of Penalty Play from Carina Press in exchange for a honest review. This book is set for publication August 10, 2015.