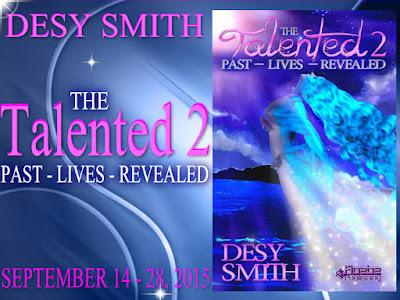 The Talented - a little different-a little new-a lot of awesome!
Enter to win some great reading or a $10 Gift Card 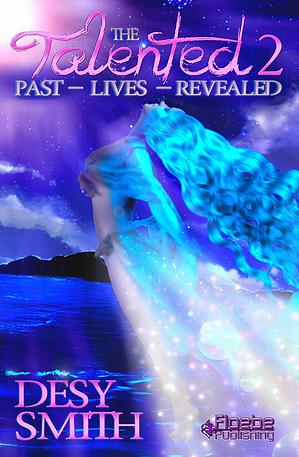 The Talented 2: Past Lives Revealed
by Desy Smith

Carmel’s time at the H.O.T hasn’t been all that pleasant. She’s gotten drugged, captured, and had to endure her painful change. When Carmel finally starts to enjoy her life at the H.O.T with her friends and her boyfriend Devon; Queen Ice, her annoying past life, contacts her. Queen Ice not only tells her about the impending battle between the good angels and the evil angels, she also continues to pop up in Carmel’s mind, showing her images from her life in the past. Now Carmel, her friends, along with her boyfriend, race to find a sword that they believe will give them leverage in the battle to come.
Unfortunately it isn’t as easy as it seems. There are others who are aware of the sword, and they’ll do anything to retrieve it before Carmel does. In addition, Carmel can’t use her Water or Ice Talent to help in the battle and she doesn’t know why! On top of that, there’s one or more people in Carmel's group who aren’t whom they say they are. Can Carmel find the sword? Will she be able to figure out why her Talents aren’t working? Can she discover who in the group is lying to her and the others about who they really are?

The Talented 2: Past Lives Revealed by Desy Smith

What if you had a special talent or power? Finding others just like you should be great, right? For Carmel, discovering who and what she is has been anything but a dream come true. Sure, she has found the love of her life, of her past life and discovered she was once a warrior queen named Ice, so Carmel should really like her former self, too bad Ice is as likeable as a porcupine is huggable. Maybe there is good reason, but sharing about the upcoming battle between good angels and bad angels with Carmel stuck in the middle isn’t a way to win friends, especially if Ice is so sure Carmel will fail. A little help would be nice, right? To make it worse? Carmel’s power over water and ice are haywire, offline and showing no sign of returning. What else could happen to her…funny you should ask…besides deceit, mistrust and evil deeds?

The Talented 2: Past Lives Revealed by up and coming author, Desy Smith is chaotic, filled with challenges and roadblocks to overcome and revelations that would set any girl back on their heels. Carmel is tough, earnest in trying to help save the world and learning to overcome her fear of the unknown and her emotional feelings. As a heroine, she is rock solid, not perfect, but her heart is in the right place. Devon has his own secrets, but he truly cares about Carmel, and Queen Ice, well, she may have her own reasons for being so cold.

Desy Smith has added to her series and raised the bar on her writing talent, for sure. Do NOT expect a clear and linear path to the end, life doesn’t work that way, expect a twisted path filled with potholes and detours! Looking for action, mystery, intrigue and a different take on angels and re-incarnation? Want a heroine who admits she needs the help of her friends? Ms. Smith has it all right here, reading that requires imagination and the ability to get lost in another world that just may truly exist! 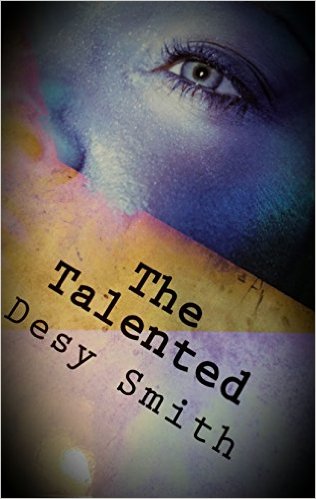 The Talented
by Desy Smith

At age 17, Carmel founds herself in a mental institution thanks to an ice dagger, and a woman who apparently isn't human. After being rescued and arriving at the H.o.T, House of Talents. A house where no one is entirely human. She learns that she's Talented and has the ability to control Water and Ice.
At the H.o.T, Carmel learns to control her Talent, makes new friends, a few enemies, and begins to fall head over heels for a handsome guy. Who has a few secrets of his own. Carmel begins to realize that many people want her dead because of who she is. However she has no idea why. Can she figure it out or will she die. Look inside to find out.

The Talented by Desy Smith

Forced to endure life in a mental institution because of one freak accident and a visit from a mysterious woman, seventeen-year-old Carmel has been drugged, and left to rot, until the day the routine was changed and she knew, her time had come to die by lethal injection. Is she hallucinating or is there a hot guy standing above her helping her to escape? Who is he? Where are he and his group taking her? Has she gone from the frying pan into the fire?

Welcome to Carmel’s new world, a world where she belongs, a world where she discovers who and what she really is. Welcome to the H.O.T. House of Talents where everyone has a special ability or “talent” friends are made, heroes are born and everything that happens there must remain a secret from humans. And Love, yep, it’s all there, too as Carmel feels a magnetic pull to the leader of her team, Devon, as if she has known him from another place and time. Is this to be her personal Heaven, a place to belong or will danger rear its ugly head, putting her life in jeopardy? Guess evil is in for a reprise, because Carmel will fight like a wildcat for the happiness and answers to her life she has finally found!

The Talented by Desy Smith is a brand new addition to the paranormal genre with a kickass heroine with grit, guts and just a touch or two of insecurity as she is plunged into a new world where water and ice are hers to command in an unending battle of good versus evil where out witting an outlasting even superior opponents is the way to survive and keep the world safe. Clever plotting, twists, turns, and a collection unique characters come together in Desy Smith’s collage of intrigue, discovery and coming of age under high duress for her heroine. Not to worry, Ms. Smith has managed to keep the action high, and the angst low with strong, well defined characters, especially Carmel. Love that girl! And Devon, Mr. Tall, Dark, Brooding and Cold? Watch as his melts under the powerhouse that is Carmel, one kiss at a time.

Great reading in a world in need of something a little different, a little new and a lot of awesome! 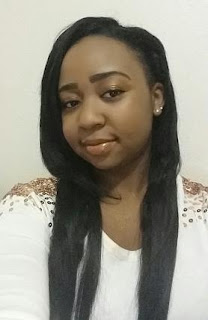 Desiree "Desy" Smith was born and raised in Dallas, Texas.  As an avid reader, Desy read several books until she ran out of things to read.  Having nothing else to read, at the age of thirteen, she decided to write her own book.  Her love for reading soon turned into a passion for writing.  She self-published her first book, The Talented, under Floebe Publishing, which she started to  give a voice to new and aspiring authors.  Desy writes to inspire and to provide an escape for anyone who wants to live in a fantasy world without worrying about the challenges of everyday life.  The Talented is part one of a five part series, with the second installment arriving in Summer 2015.  Currently, Desy is hard at work on her third novel with an expected release date of Fall 2015.  Desy's genre of choice is fantasy romance fiction.  Aside from reading and writing Desy enjoys various types of food, especially dessert.  When she's not reading she can probably be found eating a cupcake or two. You can keep up with Author Desy Smith and her upcoming projects at desysmith.wix.com/desysmith.

Ready for a Great Giveaway?
Desy Smith is offering One eCopy of  The Talented 2
and
A $10 Amazon Gift Card
That's TWO Winners
Ends September 28, 2015
International where allowed

a Rafflecopter giveaway
Posted by Dii at 12:05 AM