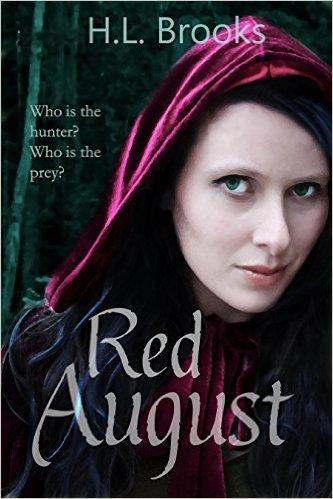 What if you found out that you were descended from a long line of clandestine fighters, and that your family was still at war? Or that the love of your life was something other than human? August Archer thinks she's a normal teenage girl—even though she has been having disturbing and sexy dreams about wolves lately. Still grieving over the loss of her bookish, charming father, and wondering over his final gift of a red hooded cloak, August is uprooted from her New York City apartment to a tiny town in Maryland, and the rambling Victorian house where he grew up. There she meets a wise woman with a gift for herbal medicine, the gentle old man who keeps the house in repair and the grounds thriving, and her new neighbor: an enigmatic, irresistibly fascinating man who refuses to talk to her, yet who seems to know her better than she knows herself, and fuels her most intense romantic fantasies. But it's when August begins to coax her feisty Scottish grandmother out of her self-imposed catatonia that a strange tale of werewolves and hunters emerges—one in which the man of her dreams may be her family's oldest enemy—in this modern-day telling of the Red Riding Hood story.

What if Little Red Riding Hood was a hormonal, teenaged girl with sexual fantasies about boys and men, starring her as the main dish to be desired? What if there was more to those dreams than the musings of a teen? August and her mom have faced the loss of her father and will be moving to his old family home, which stands empty now with her grandmother in a nursing center. Enter Faolan, the handsome, older man in a kilt. Yep, In. A. Kilt. Refined, mature and with an accent, and In. A. Kilt. who loves to read, does it get any better?
There are secrets held within her family home and locked in the mind of her grandmother, and August needs to know them. But that is only half of the story, as Faolan has his own secrets to share and they ALL revolve around August and her family history. Only by reaching deep into her grandmother’s mind with the help of others, freeing her from her mental prison, can August learn who and what she really is before she becomes the target of evil.

Grab a fan, because the teen hormones are raging, in full, intimate detail! Red August by H.L. Brooks is not your childhood fairytale come to life, but rather a contemporary version starring an older Red, caught between womanhood and childhood. Filled with wonderfully quirky and kind secondary characters, a feisty grandmother, an ancient feud, death, misunderstandings and a cameo appearance by the Woodsman, H.L. Brooks has taken May-December romances to an entirely new level with her own brand of story telling for the fairytale lover in all of us! I have to say, I didn't see this one coming!

I received this copy from H.L. Brooks in exchange for my honest review.