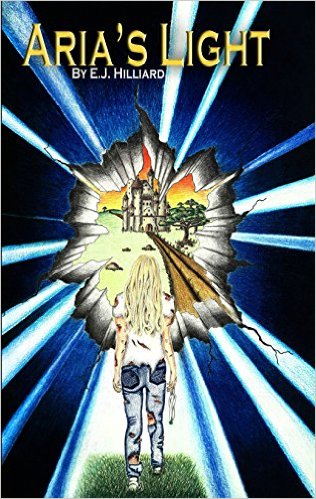 A mysterious accident at the age of twelve left Alexis Harper orphaned and with no memory of her childhood; now, almost six years later, seventeen-year-old Lexi is a high-school nobody, working part-time while she prepares to attend college. She’s plain and unremarkable - or at least that’s what she thinks until a handsome stranger and one electric handshake tear her out of her comfortable, boring life forever...

The arrival of otherworldly warriors, a strangely familiar Ben, and the alluring but mysterious Rowan set Lexi on a path to a distant home she'd all but forgotten. Along the way, she discovers a prophecy kept secret from her all these years and finds herself in a position to prevent the destruction of not one, but two dimensions.

Alexis is the girl people seem to overlook, plain, quiet, studious and serious. For Alexis her childhood is a blank, her family history is unknown. It’s as if she was born on the day an accident took her parents’ lives and she came to the loving home of her adoptive parents. Imagine her surprise when a handsome young man comes to her school and pays attention to her, not the popular or pretty girls. Little did she know her life, past, present and future were about to collide and reveal a world she had only read about in fairytales. She finds she is part of something huge; something that prophecy says will impact both the human dimension and the dimension of her birth.

Aria’s Light by E.J. Hilliard is top shelf reading, with a pinch of science fiction, a dash of fantasy and about a pound of non-stop action from start to finish! Alexis’ character undergoes a metamorphosis that comes across clearly through Ms. Hilliard’s strong writing. Like the ugly duckling that turns into a swan, Alexis changes inside as well as out. From scene to scene with dialogue that is both contemporary and realistic, there is life in these characters that stops just short of being able to feel their hearts beat. Imagine a world filled with warriors to fight for you, handsome men to protect you and mysterious threats all around, this fantasy come-to-life is a great escape into another world that sets your mind free to wander and become part of it all!

Face it; there is always room for another great young adult read and there is definitely room for E.J. Hilliard’s Aria’s Light and the world of the series to follow.

I received this copy from E.J. Hilliard in exchange for my honest review.