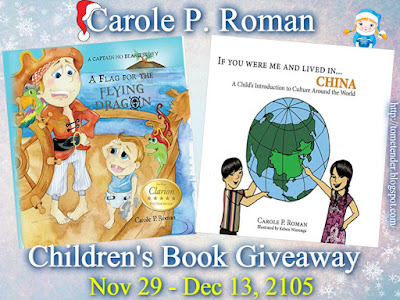 The Best Gift you can give a child
is the Gift of Reading
Enter to win Children's Books from Carole P. Roman 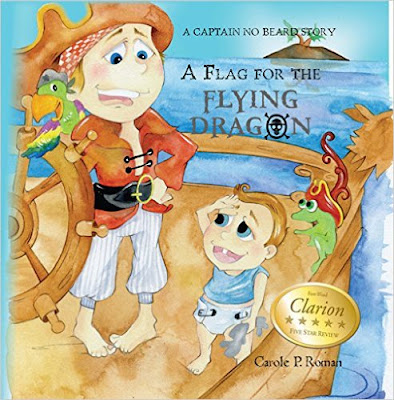 It's business as usual on the Flying Dragon. Their mission is to find a flag for the ship. Captain No Beard sighs, "Being a captain is hard work," as he watches the busy crew preparing the vessel for their next adventure.

Polly is giving out pretzels; Linus is polishing a lamp. Matie is cracking coconuts, Cayla is stuffing holes, and Hallie is swabbing the deck. High overhead, trouble is brewing, and it is not the weather.

Mongo does not want any help from the newest crew member, and it is creating a hurricane of a mess on board.

The team must come together and find a task that will fit Zachary without interfering with their own fun. On the way, they acquire a flag that will unite them as both friends and crew.

Join the problem-solving crew of the Flying Dragon as they find a flag for their ship and a job for Zach. 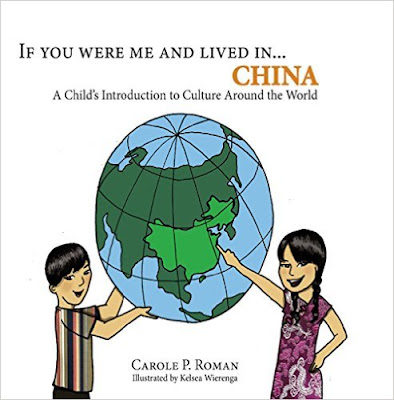 If You Were Me and Lived in...China
A Child's Introduction to Culture Around the World
By Carole P. Roman
Publication Date: June 7, 2015
Publisher: Carole P. Roman
Genre: Children's Reading | Explore the World
Print Length: 30 pages
Average Rating: 4.7 out of 5 stars
Available from: Amazon | Barnes & Noble
Add to Goodreads | Shelfari

Carole P. Roman's award winning series has traveling again and this time it's to East Asia to visit the People's Republic of China. In this book, younger readers can learn about the wide variety of climate when they read about China's vast size. They will begin their journey in China's ancient capital, Beijing, where they will discover the Imperial Palace of the Forbidden City.
Different regions of cuisine are discussed, highlighting the variety of styles and spices of food. Currency, sports, exciting tourist attractions, and a lovely description of the New Year Festivities are included in this introduction the beautiful land of China.
Embraced by educators, parents, and children, the series gently and respectfully introduces the subjects of cultures and customs around the world. 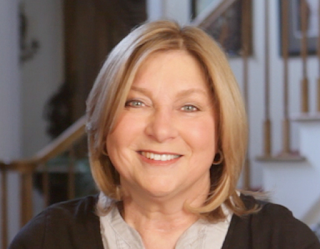 Named to Kirkus Reviews' Best of 2012 for her first book, award winning author Carole P. Roman started writing as a dare from one of her sons. Using an imaginary game she played with her grandson as a base, Captain No Beard was born."Captain No Beard- An Imaginary Tale of a Pirate's Life" has not only been named to Kirkus Best of 2012, it received the Star of Exceptional Merit, and won the Pinnacle Award for 2012. "Pepper Parrot's Problem with Patience" Book 2 in the series, received 5 Stars from The ForeWord Review The Clarion Review. Strangers on the High Seas has won second place in the Rebecca's Reads Choice Awards 2013. It has followed with six more books to the series.

Motivated by her love of yoga, Roman has written a book that not only teaches four poses, but shows how easy and accessible yoga can be.

Writing for children has opened up a whole second act for her. While she is still working in her family business, this has enabled her to share her sense of humor as well as love for history and culture with the audience she adores. Roman lives on Long Island with her husband and near her children.

Enter below to win:

One of Two Grand Prizes

A Softcover Set of the Captain No Beard Series - US Only

A Softcover Set of the If You Were me and Lived In...Series - US Only
a Rafflecopter giveaway
Posted by Dii at 11:09 PM