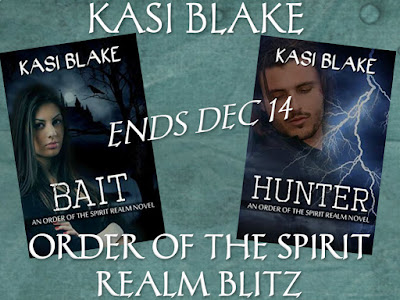 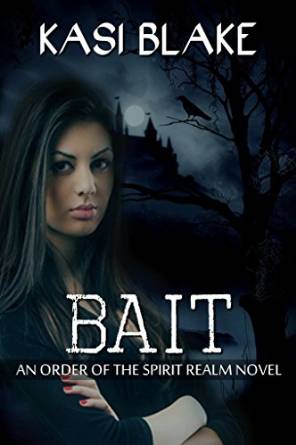 Ghosts, a reaper, and a rock star.
Van Helsing's daughter is ready to fight monsters like her dad.
Supernatural meets Vampire Academy in this action-packed tale of monster hunting,
forbidden love, and an unfulfilled need for revenge. Kasi Blake takes you on a
roller coaster ride with plenty of twists and turns.
Follow Van Helsing's daughter to her new school, a secret training camp for hunters in New Zealand. After sixteen years on the run, Bay-Lee joins her emotionally distant father at his private school. On her first night there, he dumps her on the doorstep and walks away. Big surprise. Minutes later, a bag is thrown over her head, and she's kidnapped for Orientation. The hunter in charge calls her Bait. According to him, that's all she's good for, to be used to draw out monsters for experienced hunters to kill.

Before Bay-Lee can move up to the rank of Hunter, she will have to prove herself, battle wraiths, a reaper in disguise, and a stampeding border monster. With the addition of her classes, she's going to be way too busy for a social life. Falling in love is not on the agenda.

Then, she meets Nick Gallos. With the intimidating rank of Warrior, Nick is gorgeous, arrogant, and just plain rude to her. It's obvious from their first meeting that Nick is hiding a dark past overflowing with secrets, and her father is right smack in the middle of it. Nick seems to be using her to get even with her father, and she won't tolerate that. What a jerk!

So, why can't she stop thinking about him? 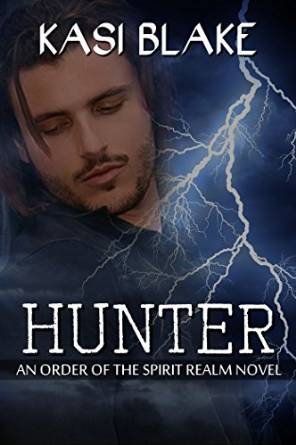 The story of Nick and Bay-Lee continues here in this sequel to Bait.

Hunter begins with Bay-Lee in Maine, living a normal life--sort of. It's impossible to completely banish the supernatural when your boyfriend is a ghost. Nick insists he isn't sticking around to haunt her. According to him, he wants to protect her. But that doesn't make sense. Why would he be concerned about her when it was her fault he'd died?

She's in History, taking a test, and Nick pops in with a warning. The Order (monsters living in the Spirit Realm) have put a hefty bounty on her head. Nick wants her to go home to her father in New Zealand where she will be safe, but she's determined to graduate from the school in Maine. Everything seems to be fine. Why should she run from something that 'might' happen?

Then a reaper tries to collect the bounty.

Bay-Lee will return to her father's school and begin her training anew, despite the fact Nick's brother doesn't want her there. An old enemy returns, and a familiar student threatens her relationship with Nick. It doesn't help that Nick thinks he should leave her for her own good. Surviving is her number one priority. Keeping the love of her life at her side is a close second. Together, they will battle reapers, their inner demons, and each other in this YA paranormal romance with bite.

How the Show Supernatural Inspired the Spirit Realm Series

Most of the paranormal books out there focus on monsters as the good guys, monsters as love interests and heroes. Supernatural is my favorite show. If you don’t watch it, you should. This show stirred up my creative juices and woke my muse. All I wanted was a series about hunters fighting monsters. It has to have plenty of action, some humor, and a forbidden romance.

The Order of the Spirit Realm series was born.

My books seem to have odd titles at first glance: Bait, Hunter, Warrior, and Legend. But these are the ranks a hunter can achieve at Van Helsing’s school. During Orientation, newbies are given the rank of Bait because that’s all they’re good for. They can lure monsters out for the real hunters to kill them. After they prove themselves, they move up to Hunter and so on.

More than anything, I wanted a kick-butt female character. Bay-Lee is Van Helsing’s daughter, and she’s waited for this moment her whole life, a chance for revenge against the werewolf pack that killed her mom. But before she takes them on, she’ll have to move up the ranks and become one of the best hunters on the planet. At Van Helsing’s school, a good survival instinct is more important than grades. It doesn’t take long for Bay-Lee to figure this out. Before her first year is over, she’ll deal with wraiths, a rogue reaper, a border monster, and an angry hunter that hates her on sight.

Nick Gallos (aka rock star Tyler Beck) blames Bay-Lee for the dark prophecy that hangs over his head. Even though he volunteers to mentor her, the last thing he wants to do is spend time with the girl. Too bad for him that Bay-Lee takes learning to hunt seriously. She isn’t going to let him walk away without doing his job first.

For Nick Gallos, I used a younger version of Sam Winchester (Jared Padalecki). I don’t know about you, but I can totally picture him up on stage with a guitar, shirtless, belting out some hard rock ballads. 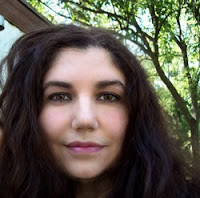 Born and raised in California, I fell in love with writing while reading The Outsiders. Then I fell in love with Stephen King's writing style. I enjoy reading many types of books, but YA Paranormal is my favorite. I used to write for Harlequin under a different name. So that's my background. Exciting, no?

Did you get your FREE eCopy of BAIT? (see above)
Enter to win an eCopy of Book 2, HUNTER
International where allowed
Ends December 14, 2015

a Rafflecopter giveaway
Posted by Dii at 2:28 AM