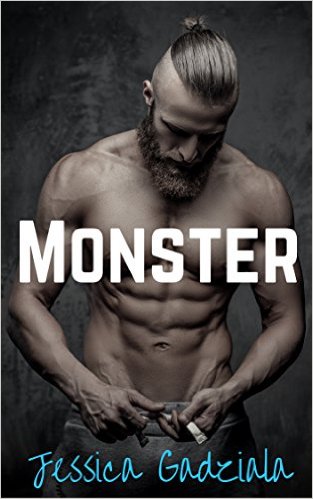 Alex has had one mission since she was sixteen:
destroy the man who destroyed her life.
And all was going to plan until one night, a huge
mammoth of a man breaks into her apartment and kidnaps her,
holding her hostage for the very man she was bent on bringing down.

Breaker has one rule: he doesn't deal in women.
But when he's conned into a job for the city's most ruthless
crime lord, he finds himself in charge of a fiery-tempered
hacker who he can't seem to keep his hands off of.

When passions ignite and feelings emerge, will Breaker be
able to reconcile his loyalties before it is too late or
will their shaky foundation of trust start crumbling beneath
their feet?

This is a stand alone with a HEA.

Her life can be described as reclusive, but her one mission in life is to bring down the man behind her mother’s death. Alex is brilliant, young and determined, a master hacker slowly finding ways to take stabs at the powerful and wealthy mob boss, Lex. Breaker is mob muscle, a contracted killer, the go to man when something delicate needs to be handled discretely and efficiently and now Lex has him caught between a rock and a hard place when he is paid to grab one Alex Miller. Breaker doesn’t harm women, imagine his dilemma when he discovered “Alex” was just that and he must hold her prisoner until Lex, the twisted and perverted monster calls for her. Breaker knows this will mean an excruciatingly painful death for Alex, but her resignation to her predicament is even more disturbing. How can this fiery, feisty and brave woman give up so easily?

Intrigued and attracted to this tiny woman, Breaker must figure out how to keep everyone alive, while ending the danger that Lex will always threaten? Is Alex suffering from a false sense of admiration and a sick need for this huge, deadly man? There is something about Breaker she needs, down to her very core and if she is going to die, why not live a little, first?

Do you love to see a battle of wills, heavily inflaming banter and passion that is almost volcanic? Jessica Gadziala has nailed this one from page one through every shocking revelation to that final page, and what a ride it is!

I received this copy from Jessica Gadziala in exchange for my honest review.