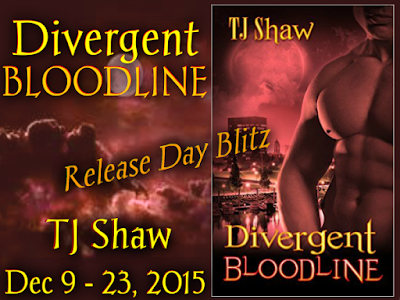 Can a Homicide Detective help the King of Vampires find his humanity?
Enter to WIN an eCopy to find out! 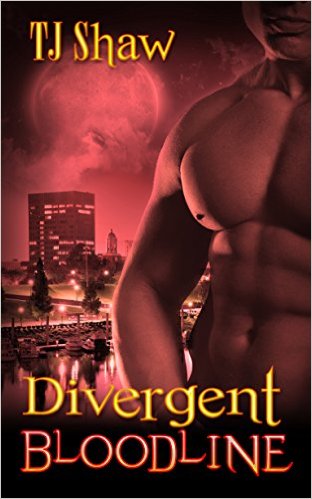 While tracking down a killer, clues lead homicide detective, Viviane Taylor to suspect, Julian DeMatteo. From the get-go, DeMatteo unsettles and irritates her. He is a force she has never encountered, someone who excites her even though he is forbidden. Her instincts warn that he’s hiding something and she is determined to uncover those secrets.

As king of the vampires, Julian DeMatteo protects the immortal clans. So, when the beautiful, bullheaded cop embroils herself within his world, he must choose between the woman who reminds him of the humanity he has lost or his loyalty to his people.

A killer is on the loose and homicide detective Viviane Taylor has her eyes on the mysterious and powerful Julian DeMatteo as the prime suspect. A seasoned and dogged criminalist, Viviane’s life revolves around her job, as her friends and family list is pretty much non-existent. Little did she know, Julian would light a flame within her that could either get her burned or be her salvation?

Julian is king of the vampires, a cold and lonely job. Hardened by years of necessary brutality, he has lost what was left of his humanity until Viviane walked in, all brave and determined and just special. Will Julian have to choose between this amazing human and his people? If so, what are the consequences they will have to pay? Will Viviane uncover the true killer or become a target for rival vampire clans as the Achilles’ heel that Julian should never show? Has a long forgotten prophecy brought them together? Is there more to Viviane than meets the eye?

Forbidden love, intense danger hiding in the shadows highlight T.J. Shaw’s dark fantasy, Divergent Bloodline as the worlds of the humans collide with the vampire world. Like your heroine with grit? Meet Viviane. Like a little old-fashioned mannerisms in your dark hero? Meet Julian, unlike most heroes, but just as lethal. Can two beings, one immortal and one with a finite lifespan find the freedom to love, for a blip of time?

T.J. Shaw has all the darkness required to feel the grit and the tension while still managing to pull off an intense romance that almost ignites the pages. Strong characters, some with questionable loyalty to their king round out a fresh and bold approach in a popular genre. Trust me, no vamps will sparkle, they are the real deal and quite beastly at times, when their blood calls on their inner monsters.
~~~~~~~~~~~~~~~~~~~~~~~~~~~~~~~~~~~~~~~~~
More from TJ Shaw 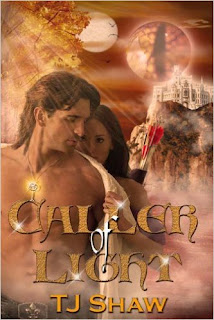 As a child, TJ Shaw thrived in the Arizona desert. By the age of five she was riding horses through cotton fields and by eleven bought her first motorcycle, a 125cc Honda dirt bike. Growing up with teachers as parents meant traveling during the summer. Hiking down to Phantom Ranch in the Grand Canyon; fly fishing in icy rivers surrounded by breathtaking mountains; backpacking through national parks; surviving an earthquake in Mexico City; climbing the El Castillo, a pyramid in the ruins of Chichen Itza; sidestepping giant iguanas in the ancient Mayan port of Tulum; to exploring the Sagrada Familia, a Gaudi church in Barcelona, Spain were just some of her adventures. An avid daydreamer, she would lose herself in mystical worlds and far off places limited only by her imagination.
Always athletic (400m state track champion, snow and water skier, boxer, swimmer), TJ garnered a scholarship offer to play college basketball, but chose an academic scholarship to Arizona State University instead. To put herself through undergrad and law school, she lifeguarded and coached swimmers before promoting into management for a multi-million dollar recreation facility. She worked as a researcher/bailiff for a criminal judge while studying for the bar exam and ultimately accepted a position as a Deputy County Attorney prosecuting felony crimes until she decided to patrol the streets as a police officer. Currently, she tells officers what to do as the policy and procedure writer for a police department.
A writer at heart, she didn’t attempt to get published until Caller of Light. After placing (and winning) in several RWA chapter contests, she decided find a home as an author for The Wild Rose Press. If there were additional hours in the day, TJ would tickle the ivories a little more, write about her dreams, and travel the world.

TJ Shaw is offering ONE eCopy, Winner's Choice of format
of her JUST RELEASED
Divergent Bloodline

International where allowed
Ends December 22, 2015
eBooks make Great Gifts for ANY occasion!
a Rafflecopter giveaway
Posted by Dii at 12:01 AM