Kidnapped by A Billionaire by Jackie Ashenden (Nine Circles #4) 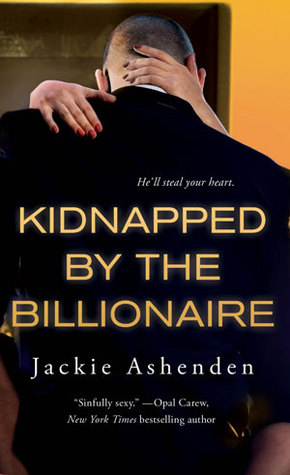 Kidnapped by the Billionaire


He kissed her the way he'd run her down, conquering her, taking her...

A priceless plan. An illicit attraction. Seven years ago, billionaire-turned-bodyguard Elijah Hunt lost everything he had-his family, his future-and now he wants revenge. But when he decides to kidnap the daughter of the man who ruined his life, Elijah gets a lot more than he bargained for. Violet Fitzgerald is nothing like her corrupt wealthy father. In fact, she's so disarmingly independent-and irresistible-that she just might be dangerous...

Kidnapped by the Billionaire by Jackie Ashenden

A story of love, betrayal and family, Kidapped by the Billionaire is a romantic suspense that shouldn’t be missed.

Elijah is a man set on revenge and Violet is the tool to get him what he wants. He never expected innocence and the daughter of such corruption.

Violet had no clue the secrets her family held until Elijah blows her world apart.

Sexy and suspense filled with an emotionally scarred anti-hero to boot, what else can you ask for…

I received this ARC copy of Kidnapped by the Billionaire from St. Martin's Press in exchange for a honest review. This book is set for publication Mar. 1, 2016. @SMPRomance