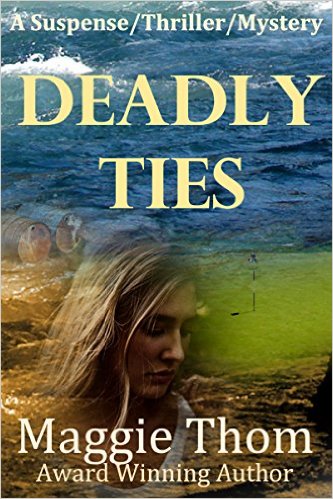 She went to jail for the right reason but the wrong murder.
With her mom in a coma, Kyara is determined to discover who is behind the brutal attack. Does her grandmother’s recent release from jail have anything to do with it? The police believe that some meth addicted youth are responsible but what Kyara uncovers is shocking. Is anyone telling the truth? Even Ryan who she thought might be able to help her is harnessing his own dark secret. Is he truly trying to help her or does he have his own agenda?
The golf course wasn’t built because the sport was gaining in popularity but to hide a deadly secret. Those responsible are determined to keep it buried and those who know anything are being silenced. Kyara finds herself trying to catch an old woman, stay ahead of those trying to kill her and unveil the truth. But can she do it before a town pays the ultimate price?

She grew up believing her grandmother was a murderer, that she killed her grandfather. An adult now, Kyara comes home, to a changed world, a place filled with lies, secrets and death. Her mother had been attacked, her grandmother has been released from prison and has disappeared, but deep down, Kyara wants to blame her grandmother for her mother’s pain. What Kyara discovers is that the woman who took her fishing, loved her and swore like a sailor is on a mission to right the evils of the past and expose the lies that have taken so many lives in the name of the almighty dollar and the power it brings.

PCBs have poisoned the water, the ground and the air and for decades, the dirty truth has been covered up, literally, as the ground was filled in to build a golf course to cover the sins of industry. The secrets lie scattered everywhere and as Kyara begins to piece this horror together, she finds herself caught in the crosshairs of death.

Who can she trust? What secrets are being kept from her? Kyara has found an ally in the handsome manager of the course, they go way back, but is he only pretending to be on her side? The lies, the deaths, the murders, a woman’s life caged behind prison bars, accused of a murder she did not commit, yet she got away with the one she did. When the final truths are revealed, who will survive to hear them? Who will kill to keep them buried?

Deadly Ties is the latest mystery thriller from award winning author, Maggie Thom and once again, she proves her strength as a master of words, plots and finely chiseled characters. Ms. Thom has addressed a brutal truth of the past, when carcinogenic chemicals were knowingly used and disposed of improperly, in the cheapest way possible, while being buried under bribery and threats, outside of the scrutiny of the government that was supposed to protect its citizens. This tale is a slice of that reality in a fictionalized version that will keep you riveted to every word, every page as Maggie Thom weaves a brilliant cloth of the many colors of deceit.

I received an ARC edition from Maggie Thom in exchange for my honest review.