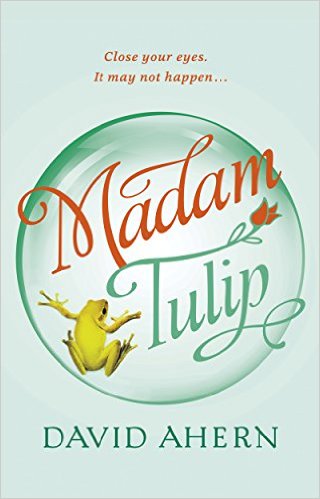 Suspense, mystery, action, a little romance and lots of laughs

Out-of-work actress Derry O'Donnell is talented, professional, just a little psychic... and broke. Spurred on by an ultimatum from her awesomely high-achieving mother, Derry embarks on a part-time career as Madame Tulip, fortune teller to the rich and famous. But at her first fortune-telling gig - a celebrity charity weekend in a luxurious castle - a famous rap artist mysteriously dies.

As Derry is drawn deeper into a seedy world of fashion, millionaires, horses and cocaine, she must race to save her best friend from jail and a supermodel from being murdered. Her efforts threaten to destroy her friends, her ex-lover, her father and herself.

Madame Tulip is the first in a series of thrilling and hilarious Tulip adventures in which Derry O’Donnell, celebrity fortune-teller and reluctant amateur detective, plays the most exciting and perilous roles of her acting life, drinks borage tea, and fails to understand her parents.

Come in, sit down and relax. What can Madam Tulip do for you? Do you want me to work the cards? The crystal ball? What is an unemployed actress with “the gift” supposed to do to pay the rent? Derry is determined to make it as an actress, but little did she know she was about to become the Seer to the rich and famous. Too bad on her first day as Madam Tulip, a famous rapper dies from ingesting cocaine laced with poison.

Derry finds herself going from picking Dad’s sure fire winners at the track to amateur sleuth in a murder case that just won’t give up, and as they say, the plot thickens. Who knew the beautifully rich and powerful could have such a seedy side, a dark and deadly side and who knew Derry would find herself caught right in the middle of it all?

Madam Tulip by David Ahern is comedic mystery at its funniest. Take one psychic actress, a group of quirky friends and family, a famous model, her wealthy husband and few drug lords and kick in some spot on dialogue, and this tale is going to keep turning each page just waiting to see what fiasco Derry can fall into next! Follow along as this tale unfolds from Derry’s point of view, get a few laughs from her internal monologue and hang on tight, because this tale is leaving the station, full speed ahead!

Light-hearted mystery with a twist from an author who must really enjoy his work!

I received this copy from David Ahern in exchange for my honest review.