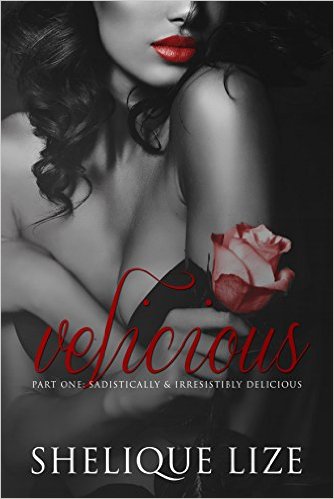 Justice Labelle always had her life perfectly planned. Her goals were to graduate from the University with exceptional grades and get into the best law school Canada has to offer.

Then one day, Justice tried to kill herself. Well, not her technically. It may have been her body, but those actions weren't intentional and the suicidal thoughts were not hers. Or, so she keeps telling her therapist and family.

Justice is afraid she’s losing her mind and just wants to forget everything. But when her best friend is murdered, another one is being mind-screwed by a Vampyre, and her ex is back in town, looking as scrumptious as ever and very suspicious, maybe she isn't all that crazy!

Did it all start with the visit to the psychic on her twenty-first birthday? Justice’s life just became a thing of fantasy, dark fantasy and no one in their right mind would believe her if she told them about it, or would they? When the psychic said her night would be filled with surprises, she would meet someone who was her destiny and she would die within a year, well, of course, she was disbelieving, but now, two out of three things have happened and just maybe the sands of time are running out on her short life. The biggest surprise the night of her birthday party was that Calvin, her ex, the one who walked out on her, was there, what the heck? Talk about a downer, but there is something different about Calvin, his face is more serious, etched with the lines of life, why?

Enter her dashing stranger, who always seem to be there when she needs saving. His name is Dante, but he frightens her with his intensity, his air of danger. She is confused, frightened, yet there is an electric charge between the two of them, something almost otherworldly. Could it be that there are creatures that go bump in the night? Do vampyres really exist? What could they want with Justice and why is Calvin hellbent on keeping her away from them, including Dante, equally enthralling and repelling “bad boy?”

Whoa! Shelique Lize’s Velicious-Part One is a stunner! A little dark, a little edgy, and comes complete with a fabulous plot! Ms. Lize writes believable characters, some dark, some quirky and some just plain mysterious, but it is Justice who steals the show as she handles her “new” life with an inner strength that is admirable. Sure, she’s terrified, sure she is half worried she is losing her mind, but her maturity is refreshing, even if she isn’t sure what to do, she gets right out there and tries to find answers.

Shelique Lize has done herself proud with a tale that deserves to be read and talked about, even in a world already filled with blood sucking vamps, there is always room for one more great take on their world.

I received this copy from Shelique Lize in exchange for my honest review.